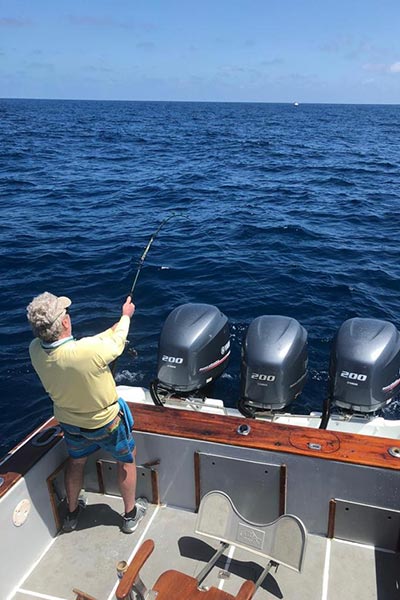 If you have not experienced fishing in the Galapagos Islands on one of our hellacious marlin bite days then you probably have not experienced anything like it on Earth. Anglers starring at the wake are reporting more striped marlin chasing teasers than they can keep track of at moments.

Reports of 2, 4, 6 and even 8 fish in the spread at the same time ranging from 120 to 250 pounds are the order of the day so far almost everyday of January. There is simply no better marlin bite happening anywhere that we know off right now in January 2020. If you want the best striped marlin bite the Pacific Ocean has to offer then this is the place for you.

We have very limited open boats and dates left from now until June so dont hesitate to book today. 2021 dates are also starting to book up. Our grander marlin fishing out of Isabela only has one available April 2020 date left on this hosted trip with Braden Escobar. This is the real deal so dont put it off. The fishing trip of a lifetime awaits you.

January 10, 2020– Mantaraya captained by Jonathan Valiente set out with Bernie Farrel, his wife and two daughters for a single day of offshore fishing. Seas were rough due to a breezy wind spell that lasted about 4 days with 4 foot chops. Though sea conditions still produced fish with 16 raises, 12 bites and 4 releases plus 2 dolphin fish.

January 11, 2020– Three boats went out as we hosted the first day of Jim Motskos group from the White Marlin Open.

January 12, 2020– Three boats went out as we hosted day 2 of Jim Motskos group from the White Marlin Open.

On The Hook– Had an engine issue and returned to port 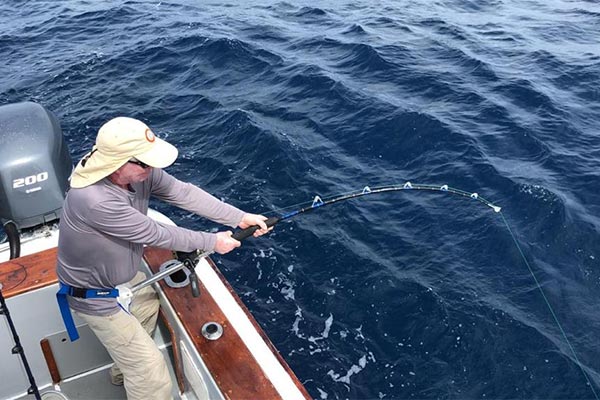 January 13, 2020– Three boats went out as we hosted day 3 of Jim Motskos group from the White Marlin Open.

To put things into perspective 338 fish have been raised in 4 days of which first day only 1 boat fished prior to arrival of bigger group. 80 fish have been released (76 striped marlin and 4 blue marlin). If you are looking to fish the good life of fishing and experienced the hottest marlin action then this is where you need to be. Call us today to book your trip 754-7031991. 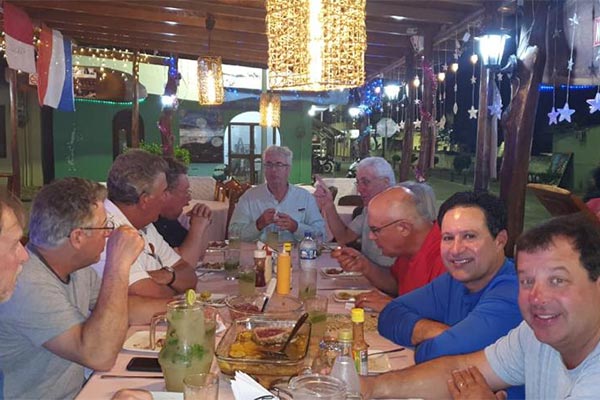 We keep getting calls and emails from folks who are not familiar with fishing the Galapagos Islands asking for shared boats, half days of fishing and discounts. This is not the place for cheap or wholesale fishing. The Galapagos Islands are for anglers who want to experience the ultimate large striped marlin fishing so please contact us if you are seriously interested.

You can also download our Trip Guide in this link which will have many FAQs. Great fishing and adventure awaits you in this safe and friendly destination.

The post White Marlin Open Organizers Having A Blast With Hundreds Of Marlin Raises appeared first on Ecuagringo.