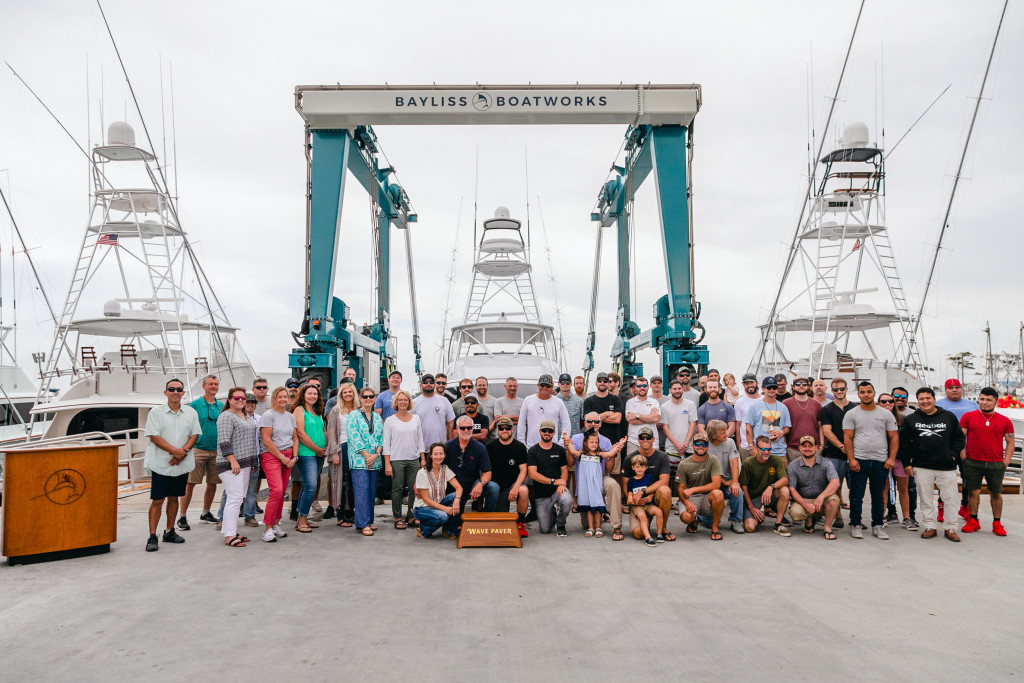 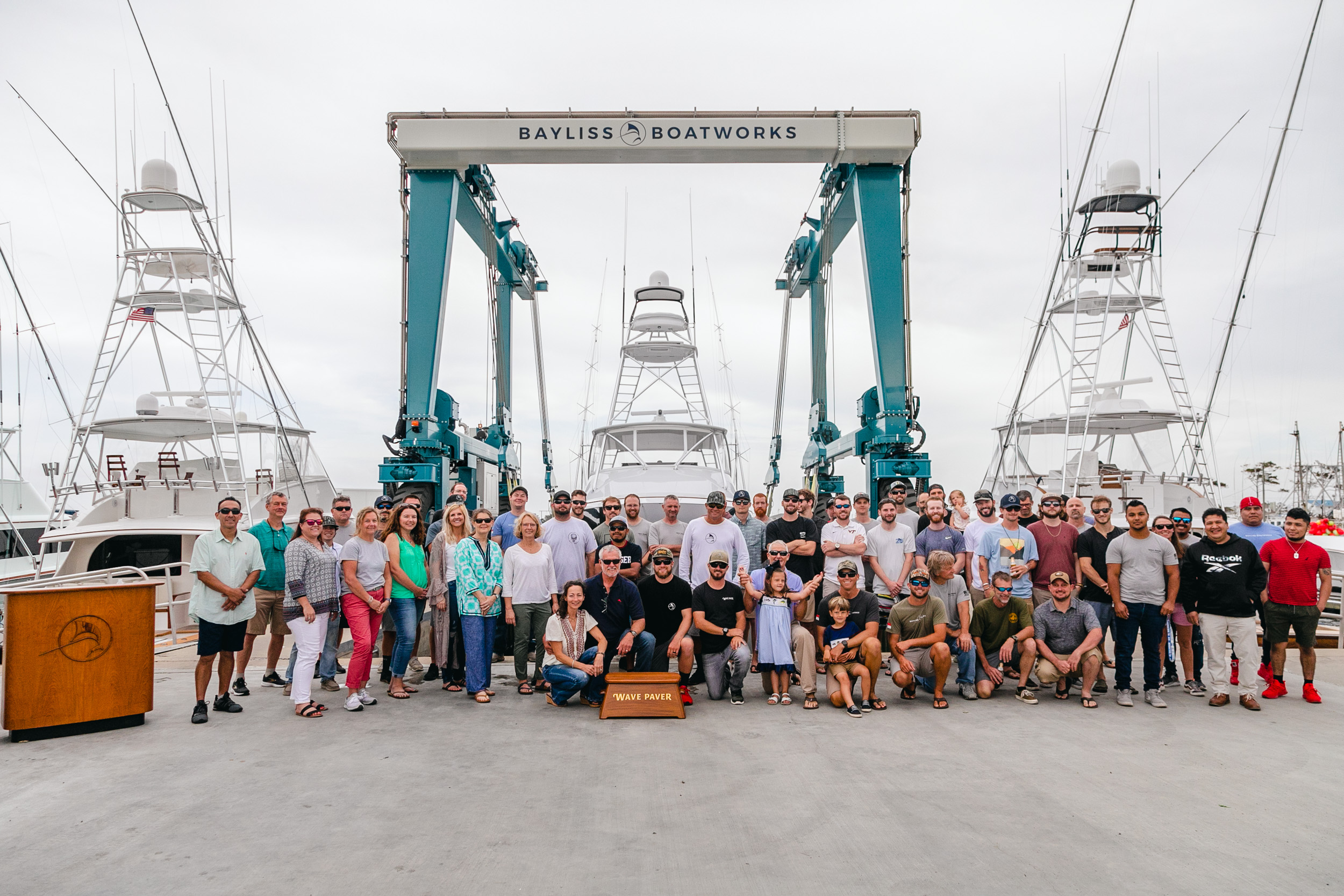 Bayliss Boatworks recently announced the completion of Wave Paver, the latest 75’ custom sportfishing yacht to hit the water. Now that the builder’s work on the project is finished, Bayliss is looking back with pride to just over two years ago when they were approached by her owners to discuss their second build. It is an honor to build each and every hull, but it is an exceptional privilege when customers choose us for a second time. Wave Paver will be joining a long-standing and very successful fishing program on the tournament circuit, with the original Wave Paver 77’.

Wave Paver 75’ will have the same mission as her 77’ predecessor, just from a different location. The 77’ Wave Paver will spend the next couple of seasons off Cape Verde, Africa, and the new 75’ build will likely spend most of her time off the East Coast, Bahamas, and Virgin Islands. Wave Paver wasted no time getting her start in the tournament circuit upon completion. In early June, the Wave Paver team competed at the Big Rock Blue Marlin Tournament on their new vessel in Morehead City, NC. On their first day of fishing, the team won the daily catching four blue marlin. The owner and crew ended the week placing 2nd overall in releases in a fleet of 266 boats. 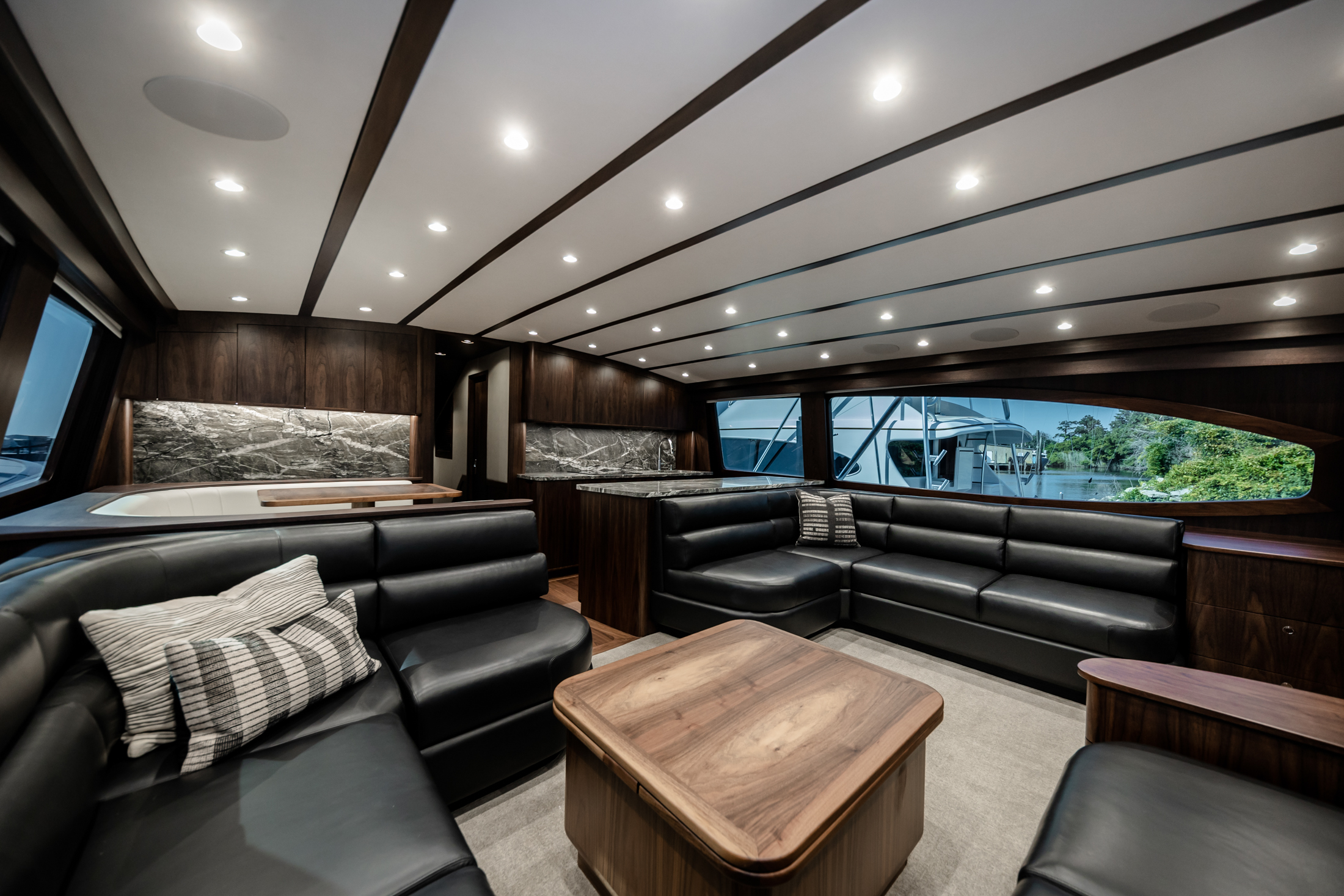 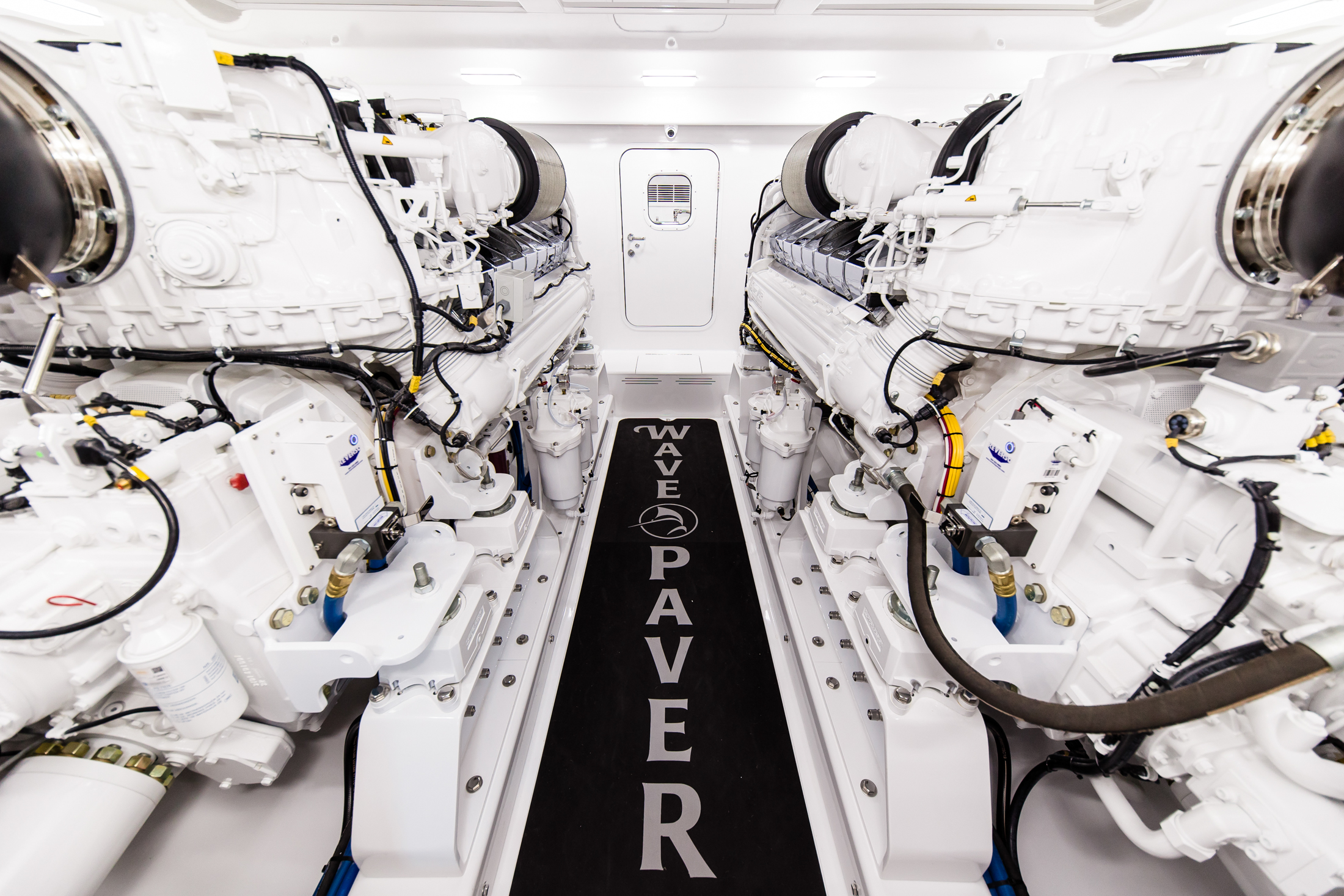 As with most of the builds, Wave Paver will be a traveling boat. Bayliss’ mission in the build process is to design the systems to be as trouble-free as possible. Thus, one of the primary elements of the recent builds has been the BBW Freshwater Cooling System for all on-board equipment that otherwise would have required raw water cooling. This new system was developed in-house in order to eliminate the troublesome growth, barnacles, and grass that find their way into the important air conditioning and refrigeration systems that are part of every vessel. In fact, even both Seakeepers, the icemaker, and both chillers are freshwater cooled. Bayliss’ goal is simple: keep maintenance to a minimum, and give the crew more time to concentrate on their targeted species and the things these boats are designed to do. 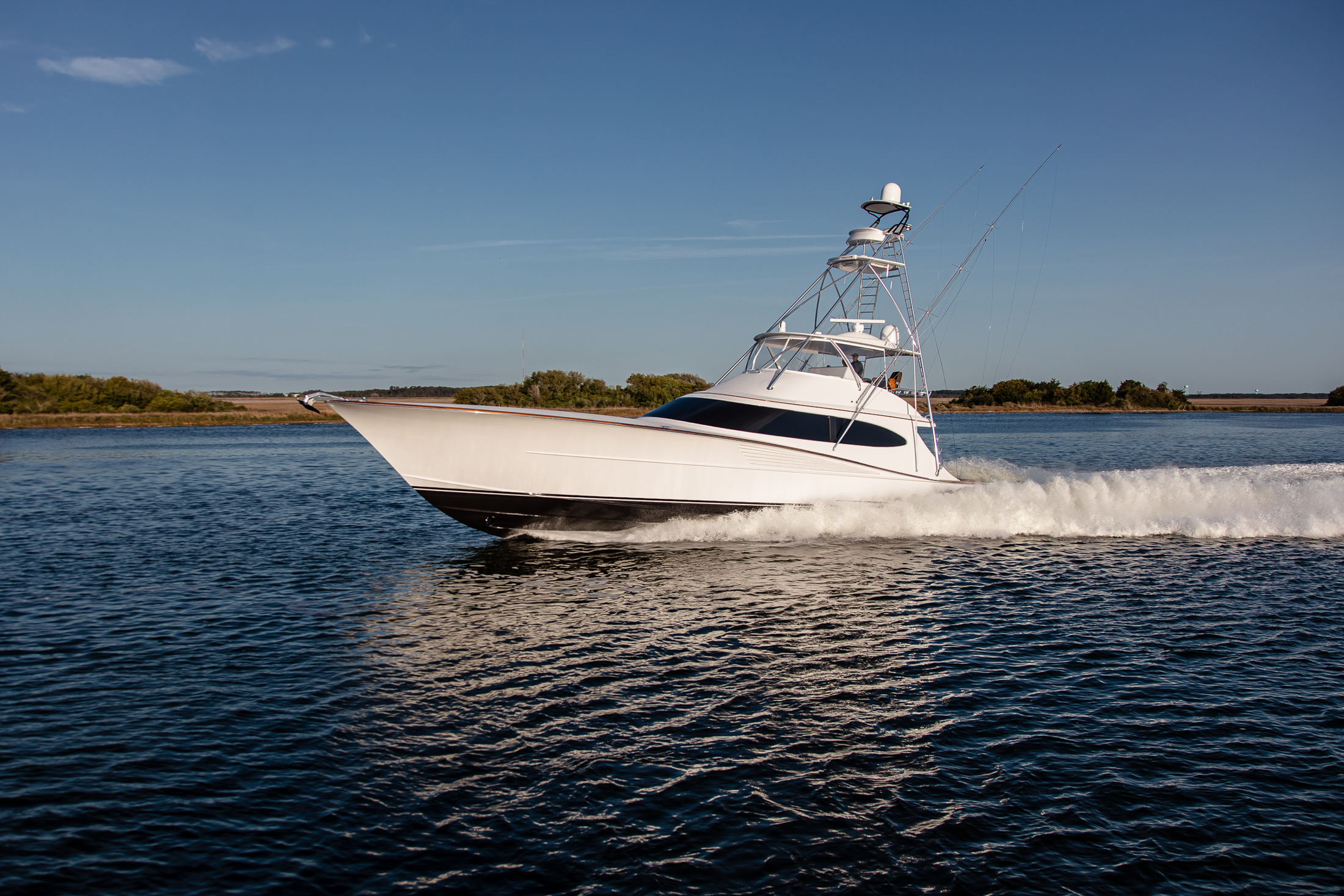 Wave Paver is the first Bayliss Build to feature a walnut interior. Walnut is a beautiful, yet darker toned wood, but still offers the intricate grain features you will often see in a classic teak boat. The Bayliss interior cabinetry team sought and found special dimensional boards to match the tree that was used for the veneers for the entire project. This interior has a very sophisticated and modern look, with crisp edges and tasteful detailing throughout. The Bayliss crew utilized hand-picked boards of extra-large dimensions in order to resaw specialty pieces that really helped accentuate the beauty of this species. Circassian Walnut was also used for accent pieces such as the dinette table and expandable salon coffee table. The combination of the details, the wood species, the granite, and the interior soft goods all combined to make this build one of the most stunning projects to date.

Completely designed in-house, Wave Paver is the result of a 27 month build process with 60,000 man-hours of build time. Bayliss Boatworks is located in Wanchese, NC and employs 110 people in their full-service new construction and boatyard facilities. For more details visit baylissboatworks.com

The post Wave Paver 75’: On the Water appeared first on InTheBite.

Did you miss our previous article…
https://www.hardcoregamefishing.com/fort-lauderdale-fishing-report/