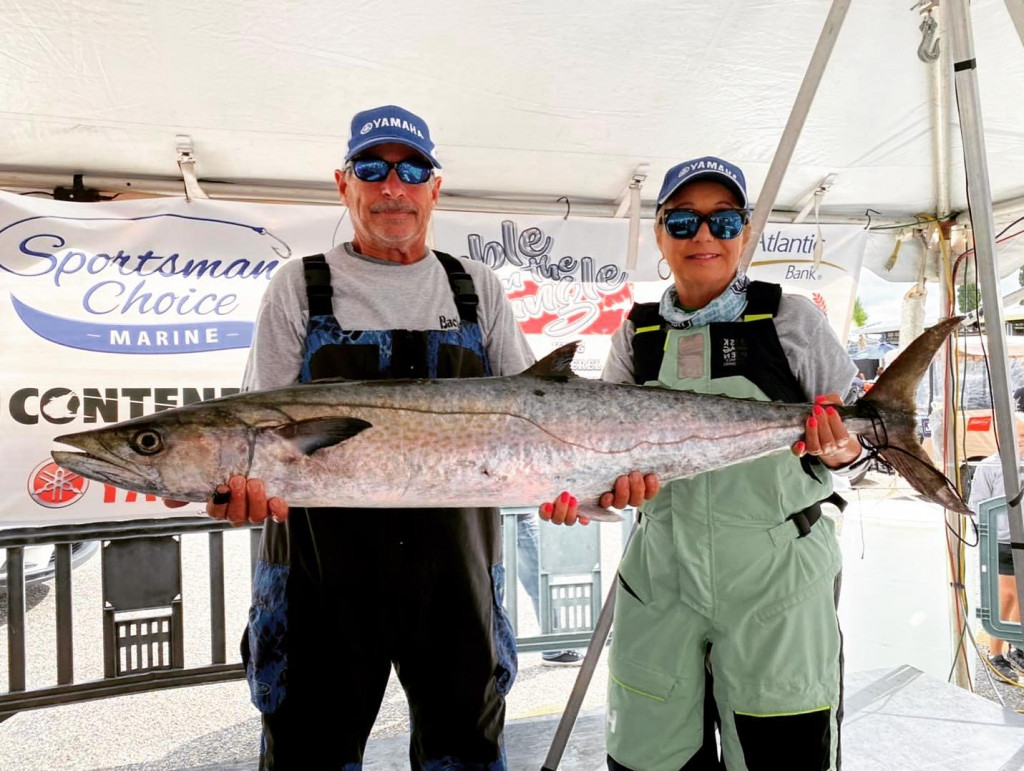 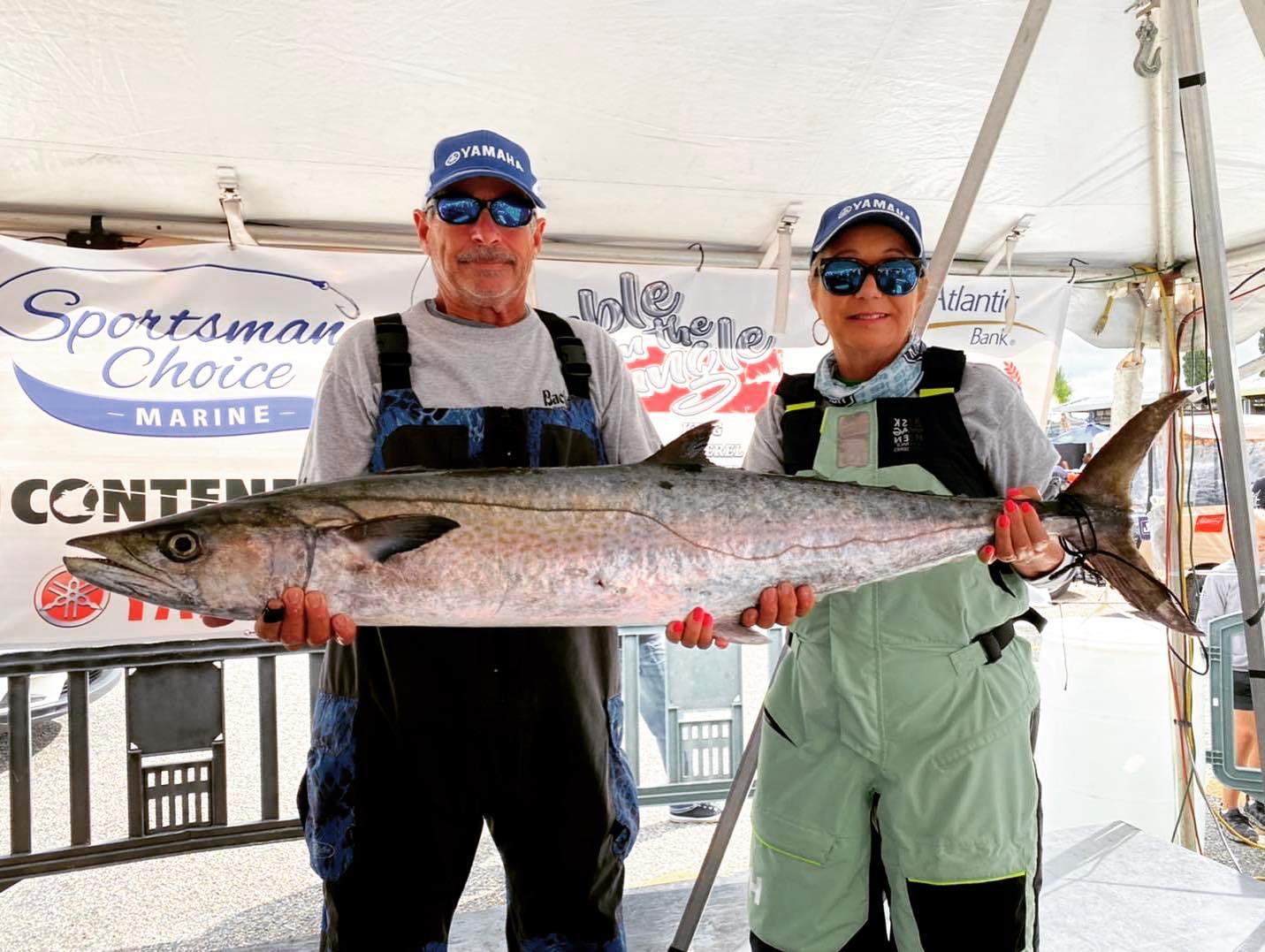 Fishermen come in many types of groups. We have a group of guys that love fishing together which is pretty common as well as the ladies that enjoy the sport. This is seen in the significance of ladies that are now involved in the sport. There are couples who both have a passion for fishing, and this has never been seen better than that of Captain Eris Jones and Brenda Cooper of Sneads Ferry, NC. The couple came together a few years back when Brenda decided she wanted to increase her skills of drive a boat. She started asking around the Sneads Ferry and Topsail Beach area, and the name of Eris Jones came up, who also lived in the area. It only took a few boat-driving lessons before they started dating and then became a couple.

More than being an expert boat driver, Eris is a well-known King Mackerel fisherman. In 2015 he won the Southern Kingfish Association Championship and has a number of wins since that time. As his and Brenda’s relationship grew, she became more and more interested in King Mackerel fishing herself. In a matter of months, she became a respected member of Eris’ “Team Backlash” fishing team. A team where each member is expected to pull their weight, which Brenda did flawlessly. While the team maintained the highest respect for her, she was never cut any slack. 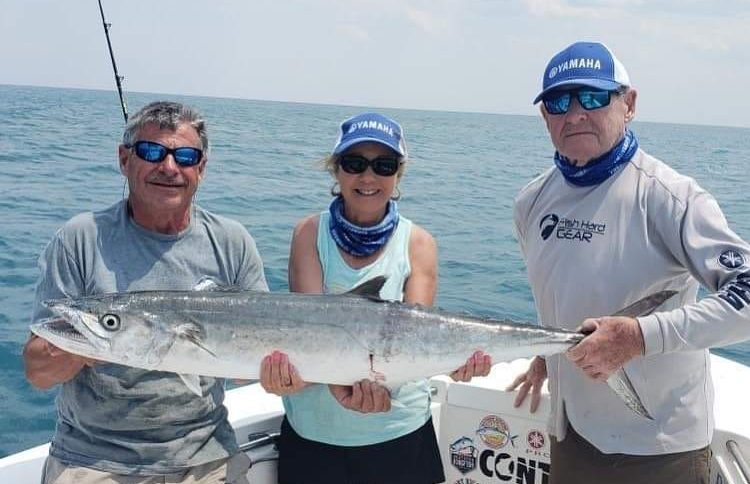 This past year Eris and Brenda were considered the Southern Kingfish Association’s hottest couple when it came to landing the big fish. As the 2022 SKA tour ends Eris was Division 2 winner, the Small Boat Division winner as well as being 3rd in the Seniors Division. However, Brenda was not to be outdone. She ended the season as the Top Lady Angler which is phenomenal for just a few short years of offshore fishing experience under her belt. 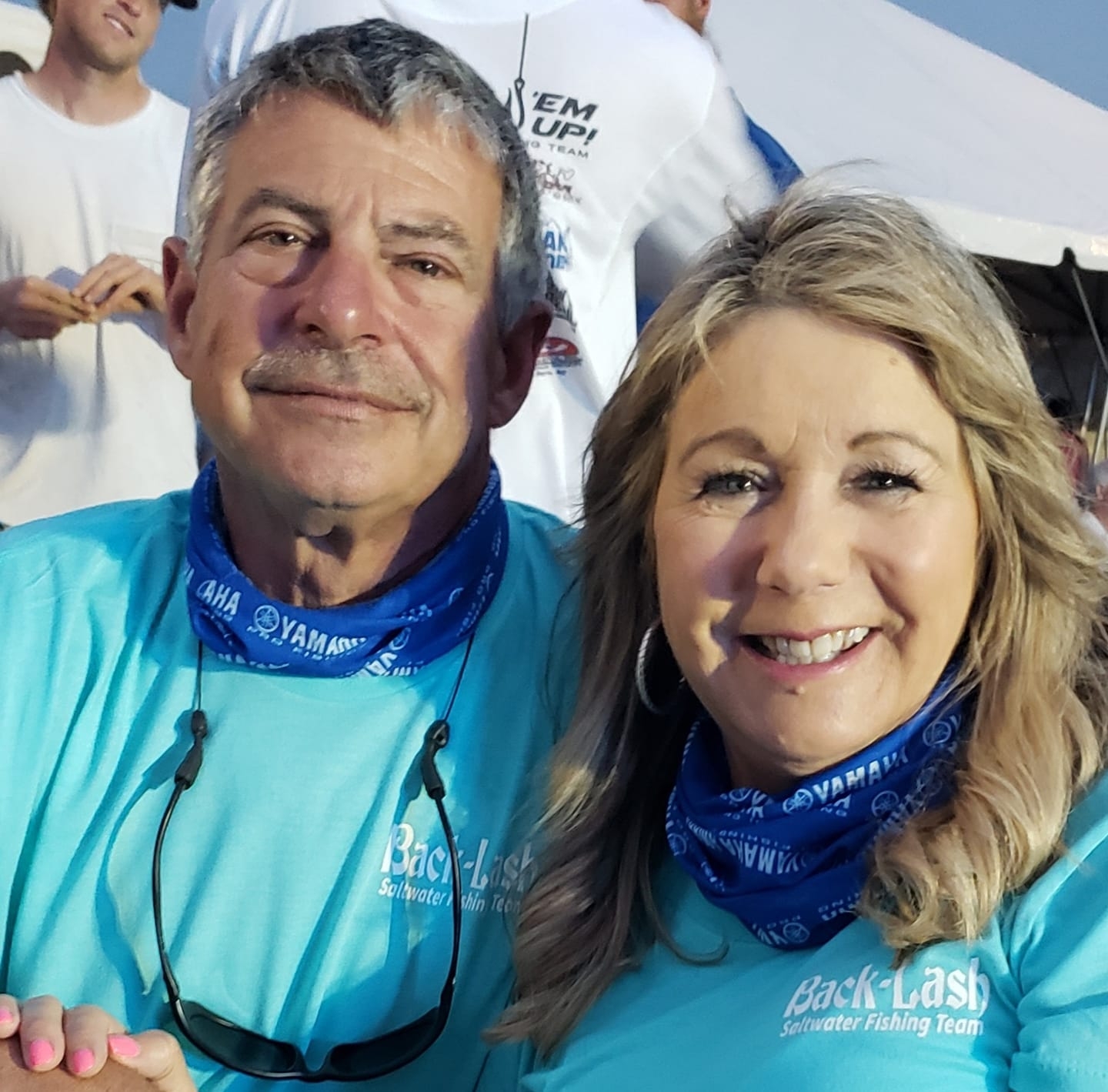 The couple has not even thought about slowing up. This past year they moved into a beautiful home on the Intercoastal Waterway that comes with a breathtaking view of the water. The home is complete with an office for Eris where he works to plan the next year’s tournament schedule. The home also comes complete with a large dock that is waiting for their new 32’ Contender boat that’s only days from going into the mold.

For many of us, Brenda and Eris live the life we would all like to live. They have such dedication and love for the sport of offshore fishing. It’s also the love they have for each other. They seek to be winners rather than waiting for it to just happen. They’re not only a couple, but they’re a team that sets and pursues goals, whether it’s winning a fishing tournament or having a dream home on the water. Most of all it’s about passion and it’s a passion that never wavers.

Can’t wait to see what Brenda and Eris have in store for 2023. Whatever it is, I’ve learned to not be surprised, just impressed. 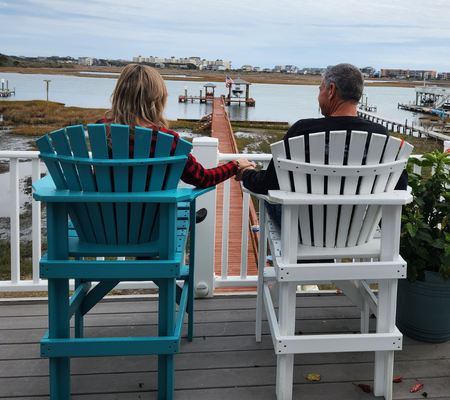 Did you miss our previous article…
https://www.hardcoregamefishing.com/how-to-use-rubs-and-scrapes-to-your-advantage/