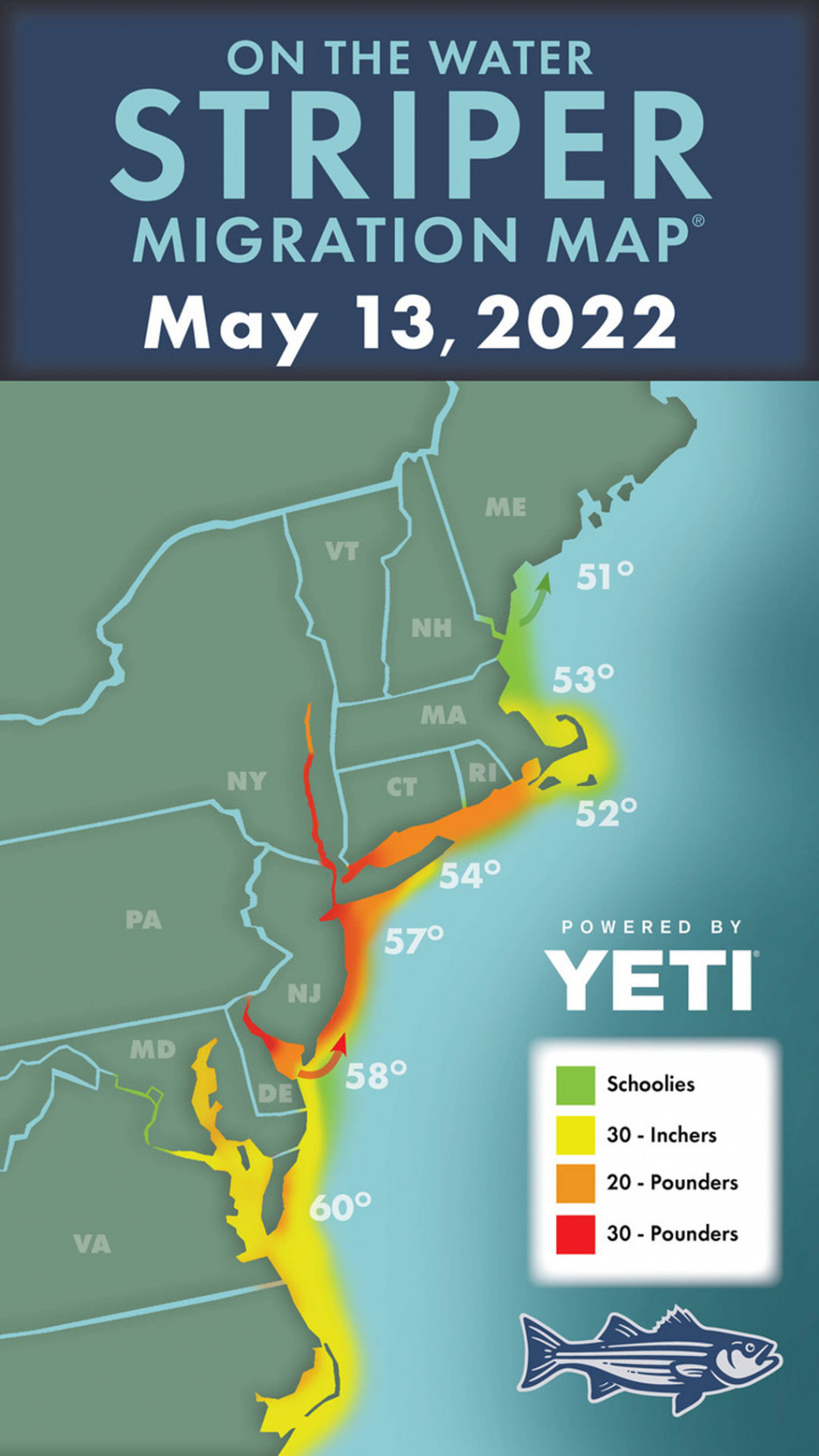 The nonstop northeast winds this week didn’t stop the migration of post-spawn stripers from the Chesapeake, with fishermen reporting 20-plus-pound stripers on southern and central New Jersey beaches all the way up to Cape Cod.

The Striper Cup has begun! Now is the time to sign up for the Striper Cup. There are 20 weeks of prizes waiting to be won!

The 2022 spring trophy striped bass season began on May 1 and runs until May 15. Upper Bay anglers need to remember that they can only fish for striped bass below the Brewerton Channel. The 2022 striped bass regulations are on the DNR website.  The minimum size for fish to be kept is 35 inches, with a limit of one fish per angler per day. Anyone deciding to chum or chunk for striped bass must use non-offset circle hooks, fishing with live eels is not allowed.

Post-spawn stripers have begun to leave some of the spawning tributaries and move out into the Bay as they make their way out to the Atlantic.

The appearance of large striped bass in the surf around Ocean County is a good sign that post-spawn Chesapeake fish have reached New Jersey. Bass are continuing to exit Delaware Bay, and the Raritan Bay is still loaded with bass, however, reports from the Hudson River suggest many stripers have moved up to spawn over the past week. Look for the ocean bite to heat up as more Chesapeake bass move up and feed on the upcoming full moon.

The Hudson River is hosting large striped bass as the spawn is underway.

The weather hampered fishing efforts along the island this week, but there were more larger stripers mixing in with the schoolies. Fishing on the eastern end of the island is still on the slow side.

The post Striper Migration Map – May 13, 2022 appeared first on On The Water.

Did you miss our previous article…
https://www.hardcoregamefishing.com/on-the-water-podcast-episode-2-otws-andy-nabreski/