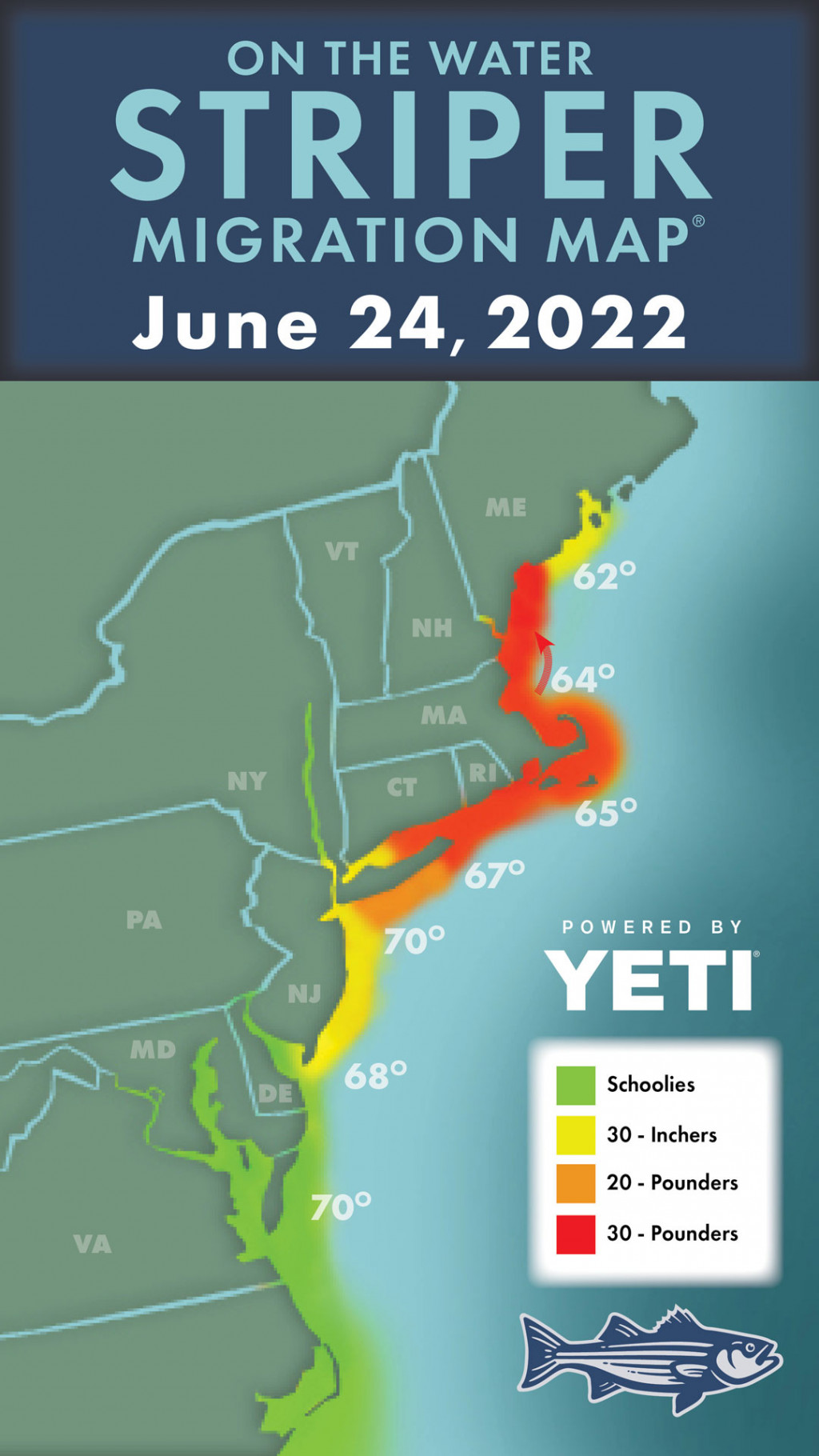 The June full moon brought some great catches, especially for boat fishermen from eastern Long Island to Rhode Island. Large schools of bunker are moving bass around in Massachusetts, while summer conditions and resident fish are taking over in southern New Jersey.

The fishing for large stripers is slowing down in New Jersey, but boats trolling are still picking up big fish by covering water looking for the scattered, lingering schools. Resident fish are setting up in the surf, where fishermen are doing well with sand fleas.

The bulk of the large striper fishing is steadily moving east, as big bass set up off Montauk.

Giant stripers are moving into the Eastern Sound, and finding good schools of bunker in the Connecticut River.

Striper fishing is great in the ocean off Rhode Island, and there’s still good action up Narragansett Bay.

Massive schools of bunker are attracting big stripers north of Cape Cod, but there are also big bass roaming over deep, open water in Cape Cod Bay. The commercial striped bass season opened this week, and Mondays to Wednesdays have been extremely crowded in the best locations, as commercial fishermen seek their 15 fish per day at 35 inches or greater to bring to market.

On the South Side of Cape Cod and in Buzzards Bay, larger fish have been a bit harder to come by, though slot-sized bass are plentiful. Another school of big bass is likely to move through with the approaching new moon, however.

New Hampshire and Maine are seeing good fishing with bass to 30 pounds and above.

The post Striper Migration Map – June 24, 2022 appeared first on On The Water.

Did you miss our previous article…
https://www.hardcoregamefishing.com/striped-bass-cheat-codes-with-captain-brian-coombs-captain-vinny-simeone-otw-podcast-5/