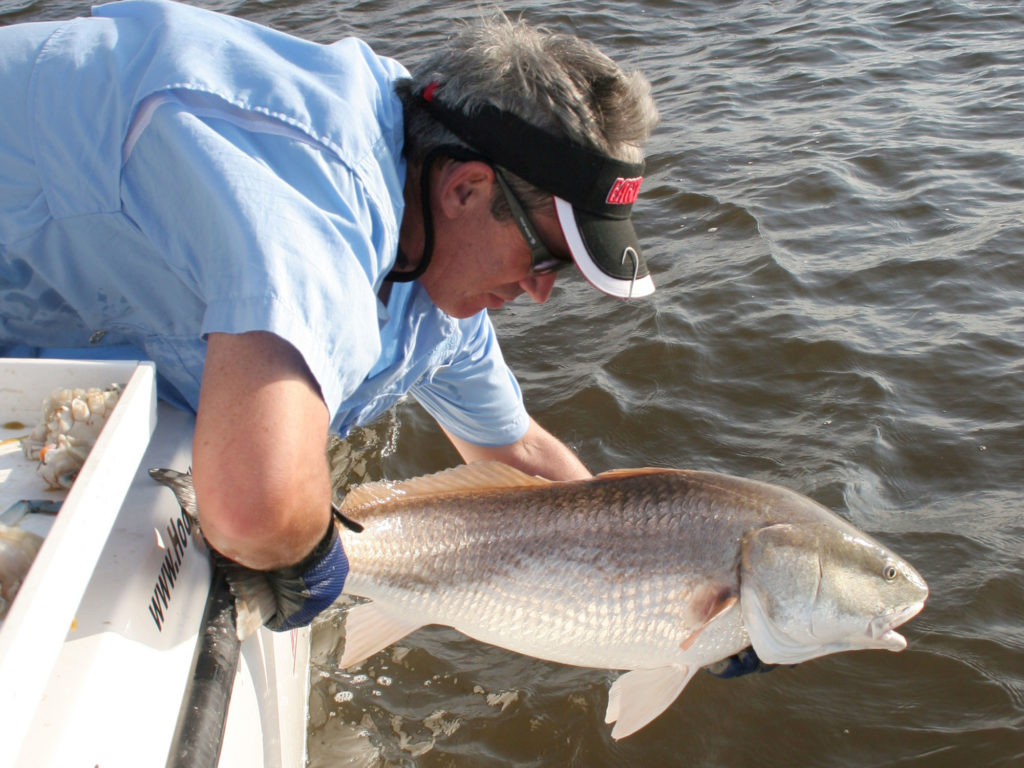 Too many big red drum – bull redfish as they’re called in Dixie – are needlessly killed by fishermen, according to one of Louisiana’s best-known redfish guides and tournament anglers, Mike Frenette, who owns the Redfish Lodge of Louisiana in the town of Venice.

Frenette recorded a 4-minute video on his Facebook post pleading with Louisiana guides and recreational anglers to release the big reds they catch, especially now, as bull redfish are swarming into coastal areas throughout the South to spawn.

Did you miss our previous article…
https://www.hardcoregamefishing.com/diy-teak-deck-sanding-with-captain-tyler-andresen/