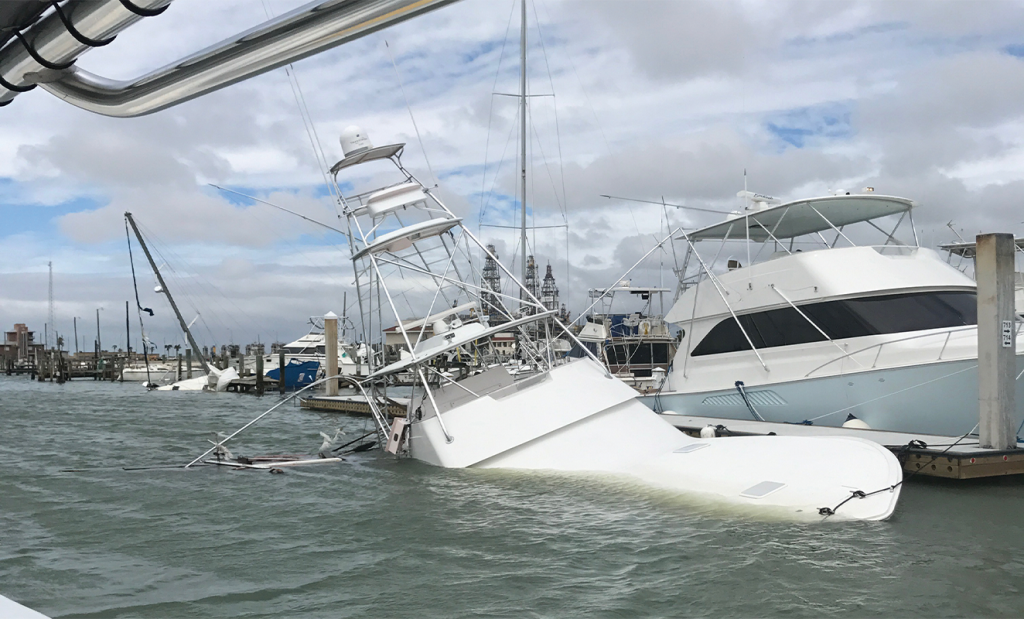 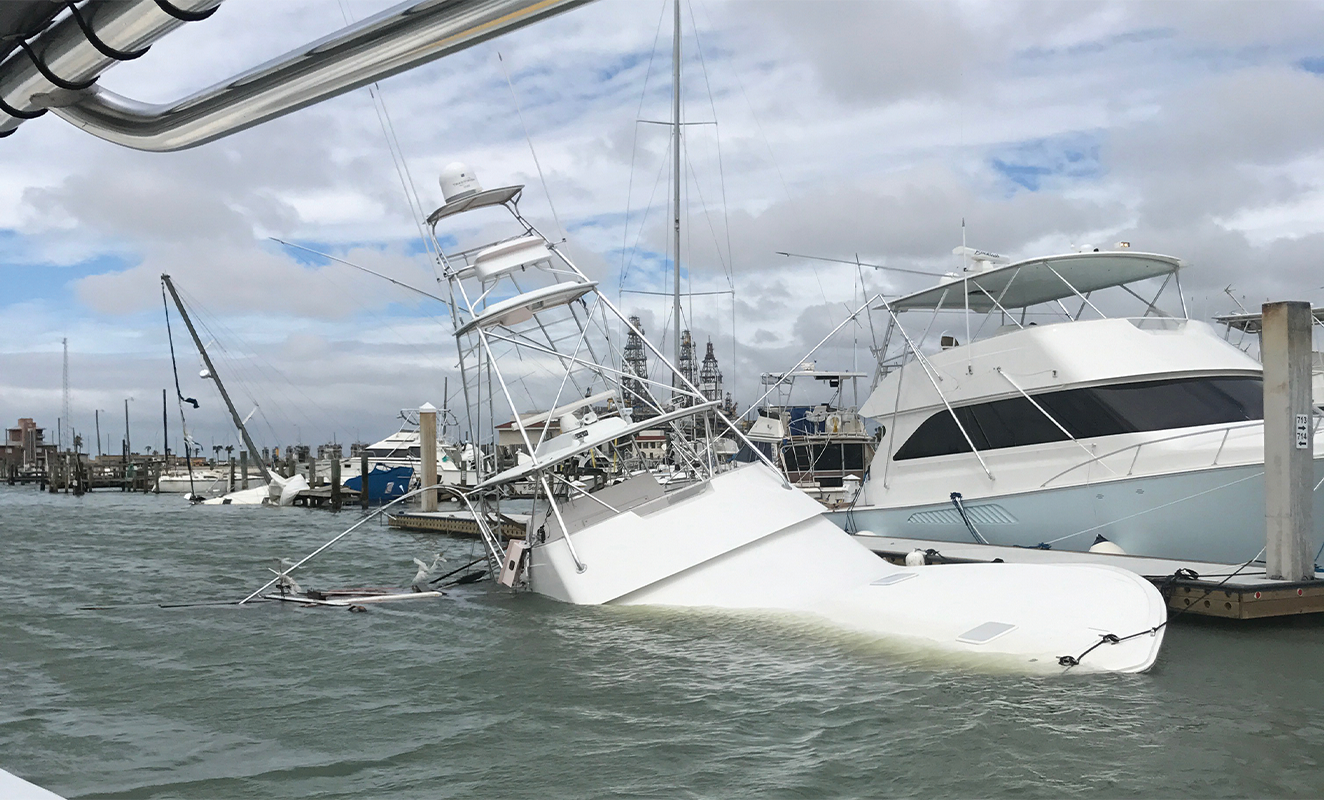 Some vessels were fortunate during Harvey, others less so.

Years ago, back in the ‘80s, there was an old captain who used to tell me “it’s all in the preparation.” That is still true today. It took me a while to understand, but I learned there is a lot of wisdom in those words when it comes to our line of work. There are things to be prepared for in every aspect of our job.

I seem to talk a lot about safety, but preparation for the unthinkable is so important. It is not about if you have a life raft, life jacket or survival kit or E.P.I.R.B., it’s about how accessible they are in the event you need them. If your safety gear is stowed in an area that is not immediately accessible, you could be in trouble. When I do a long crossing and there are four of us on the boat, I have four life jackets out, along with safety lights and provisions for everyone onboard. The provisions, such as water and crackers, are stowed in a small cooler sealed with duct tape or a ditch bag. Everything is together for immediate access. I don’t want to be crawling through a hatch or a hole to find them.

Safety, it’s not just a word it’s an action. People in our profession sometimes get too comfortable in their routines and forget what could happen in a split second. It probably won’t, but what if it does? It has happened before. Tragedy can happen and unfortunately sometimes it does. If you’re a traveling boat, I think it’s necessary for two crew members to be on the bridge at all times when underway. You can keep an eye on one another that way. If there is only one guy on the bridge and he slips, bumps his head and falls overboard, who’s going to know? We’re all guilty of this, but that doesn’t make it right. 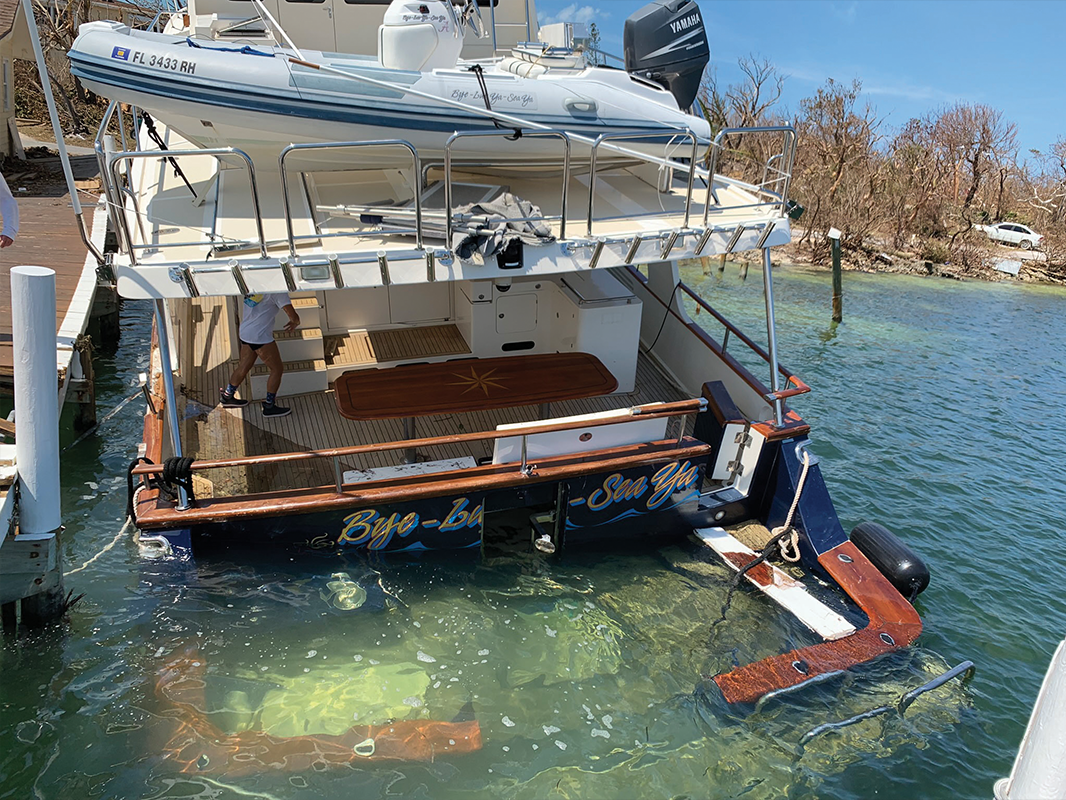 We lost a fellow fisherman in the Gulf of Mexico some time ago. He was running at night and was on the bridge by himself. When a crew member came up on the bridge to relieve him, he was gone. The last time he had been seen by anyone was a few hours earlier.

Presumably, they think he left the bridge to use the head and fell overboard in a choppy sea. Not only was he gone, but the unmanned boat could have hit another boat and killed who knows how many people. If someone else was on the bridge that night things might have happened differently. Entering and returning into rough inlets, day or night, with two people on the bridge can make all the difference in the world in preventing accidents.

On long crossings or long tournament runs, just the company of another person on the bridge can keep you more alert and awake, and in foul weather it’s a no-brainer. But for the most part we just don’t do it. And stay out of the tower unless it’s absolutely necessary. With today’s superfast boats, accidents seem to be more and more frequent. Thirty-plus knots and choppy seas can be pretty violent. Just hanging on is a chore!

So slow the heck down! You’re just tearing things up and greatly increasing the chances of something bad happening. We’ve all lost several buddies over the years in ways I believe could have been completely preventable, so keep an eye on one another. Try to use some common sense and the chances of a tragic accident will go way down. Make sure all your safety gear is up to date, like lights, flares, fire systems, etc…you never know when you might need them! But I sure hope you don’t!

The post Prep and Safety appeared first on InTheBite.

Did you miss our previous article…
https://www.hardcoregamefishing.com/2022-cajun-canyons-billfish-classic-winners/