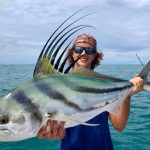 The Costa Rica fishing scene has been exceptional so far this summer. It’s been a while since summer offshore and inshore catches have been so impressive. All along the Pacific coast, anglers fortunate enough to have booked charters have come back to the dock with fish in their coolers and smiles on their faces.

We can start with a great inshore trip on the 28ft Wing Man with Captain Carlos Arguedas. This popular boat charters out of Los Sueños Marina on Costa Rica’s Central Pacific coast. The anglers returned after catching species such as roosterfish, Pacific dog snapper (pargo), yellowtail snapper, amberjack, yellow-cheeked and snowy grouper, margarita snapper, and a Pacific jack crevalle. The also had a 300lb shark get off, and lost a needlefish that ate the fly and disappeared! 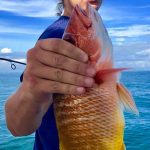 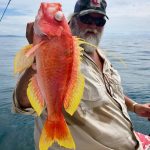 Also out of Los Sueños, anglers on the 34ft Epic with Captain Michael Alligood went 1-3 on sailfish, kept a snapper and a grouper, and then ran offshore and got a few yellowfin tuna for dinner.

At Pez Vela Marina in Quepos, just south of Los Sueños, a family chartered the 46ft CaribSea with Captain Glenn Morales. They – and especially the kids! – had a great day: nine small yellowfin tuna, a wahoo and a dorado.

Flamingo on the North Pacific coast has been a beehive of activity. These little guys got in on the yellowfin tuna action with Captain Skeet Warren on the 42ft Bushwacker. 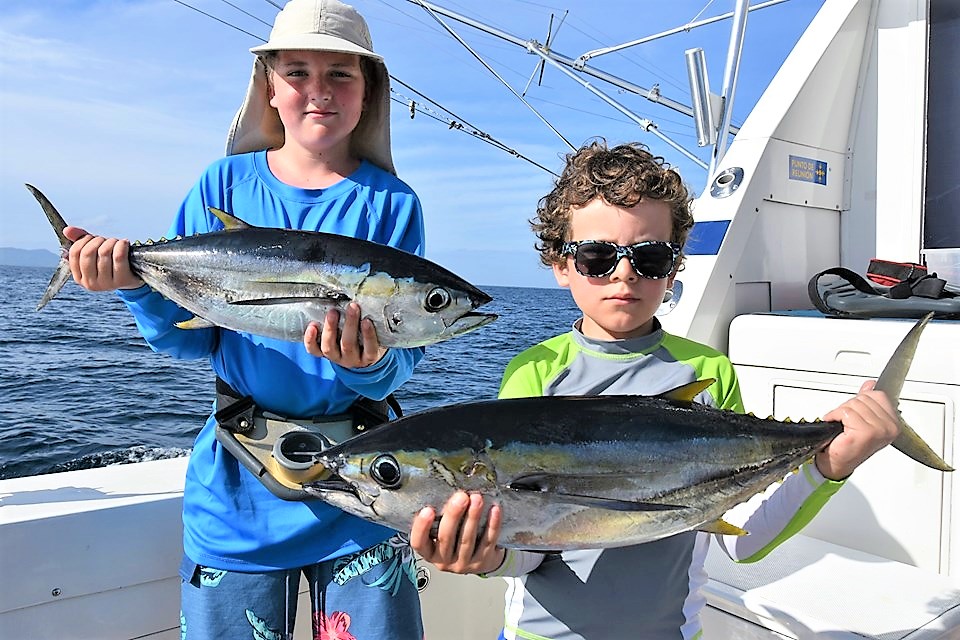 Still in Flamingo, the 31ft Gamefisher with Captain Junior Bustos has been busy also. One group of anglers raised eight sailfish, got seven bites, and released four. They also raised a blue marlin, but no bite. Another group caught seven jack, a yellowfin tuna, and four needlefish on an inshore half day.

And a third party of anglers raised four sailfish, got three bites, and released one. They also caught two dorado and three yellowfing tuna, the largest 160lbs – biggest of the year so far on the boat.

Back to Pez Vela Marina, where anglers on the 31ft Good Day enjoyed some good days indeed. Fishing with Captain Manuel Gabuardi, they totalled 10 saifish, two dorado, a yellowfin tuna,, six roosterfish, a big-eye jack, and this needlefish. 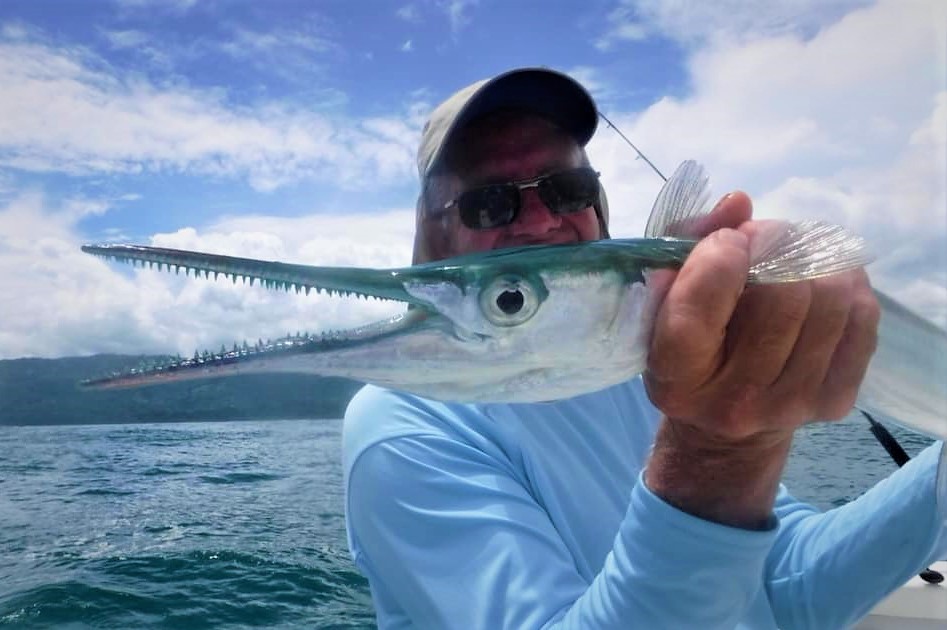 Needlefish are a fish everyone loves to catch

There are still six weeks to go until Labor Day. If you, your family or your buddies have some free time, why not get in on summer sportfishing action. Everything is biting! Call us at 1-800-407-9438 or 858 736-9031 from the USA and Canada, +506 2282-7215 from everywhere else, or email us. We will hook you up with Costa Rica’s top charter captains at Costa Rica’s most popular sportfishing destinations.

Looking for real sportfishing action for marlin and sailfish? Why not combine it with magical nights on the ocean? Consider an overnight (two, three or four days in all) trip to the FADs with IGFA award-winning Captain Bobby McGuinness out of Golfito in the South Pacific.

Contact us now for more information. The FAD season lasts through October, so there is time to arrange a memorable Costa Rica fishing adventure.