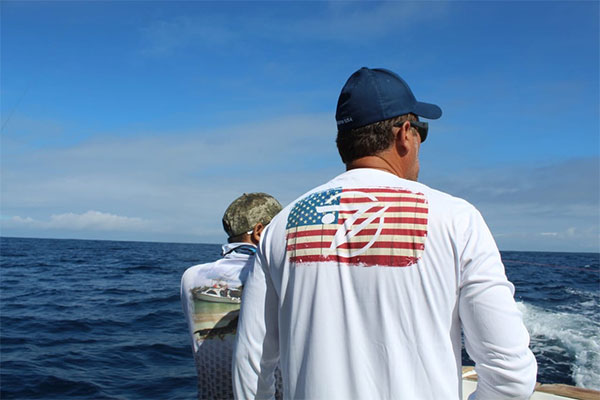 Consider fishing with the first, most complete and longest running outfitter in the Galapagos Islands. Why trivialize your fishing trip of a lifetime with anyone else?

Ecuagringo Was First To Research The Waters

Before anyone even tried to have a charter boat in the Galapagos Islands Ecuagringo was operating the first 35 ft sportfisher in 1998 out of Santa Cruz Island. A year before that our company was doing research in just about every corner of the Galapagos to see what was there. It was early on that we understood the potential for a world class marlin fishery. Santa Cruz and San Cristobal Islands were giving up new areas to find large concentrations of striped marlin. Early research near Floreana and Isabela Islands indicated the presence of giant blue and black marlin.

In order to establish a major fishing operation we needed to be sure there were enough areas that produced marlin, tuna, wahoo and bottom fish. Yes we found many areas that held fish and we found much apparently empty water as well. The Galapagos Islands cover a massive 17,000 square miles of Pacific Ocean. It takes a lot of days on the water to effectively explore and find the most productive waters.

Ecuagringo has been the only company to have the resources to do this. From 1998 until 2011 Ecuagringo was the only outfitter providing fishing from Santa Cruz and San Cristobal. Eventually a couple other companies would come and go for various circumstances. Some still believe in the fantasy “if you build it they will come”. We believe if you do it right and provide the best boats, crews and tackle anglers will keep coming back.

A book could be written with the experiences of that full year of exploring the Galapagos waters. From whales encounters, witnessing killer whales munch on a whale shark, giant marlin in the spread, thousands of sharks feeding on surfacing krill to seeing hundreds of striped marlin tailing in a single day! It was all there for the eyes to judge and much of it is still around today. We knew there were many magical aspects for the Galapagos Islands but were impressed by the fishery and marine life more than anything.

The Galapagos Are Really A Do It All Kind Of Fishery

Besides the world’s most consistent year round striped marlin bite the Galapagos offer huge blue marlin, good numbers of wahoo, topwater tuna action and endless bottom fishing. Swordfish are plentiful but finding the time to fish for swords is not easy when we spend most of our time booked up for marlin fishing.

In the early times of our explorations and charters there were days where 120 to 160 plus bites from wahoo were common. Top water tuna bites over 100 were also pretty normal. As the world population of fish has dropped from commercial over-harvesting just about everywhere, the Galapagos have not been immune.

While our biomass of tuna and wahoo remain well above average compared to anywhere else, the difference in the last 20 years is notable. Nevertheless, for those looking to target wahoo, tuna and bottom fish chances are usually very good to excellent. The Galapagos provide anglers a one stop sort of destination to fish for various species if you book enough time on the water. 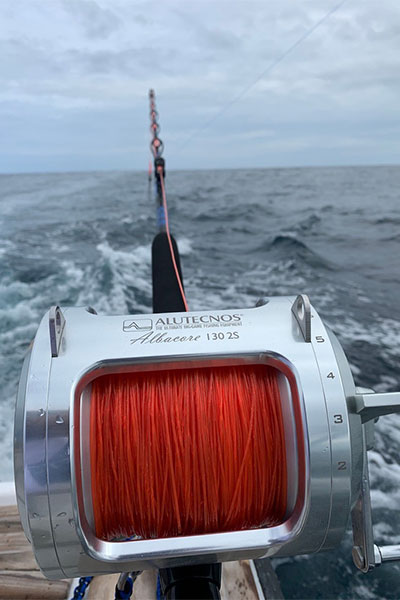 Ecuagringo Is Proud To Use Alutecnos Reels & The Best Tackle

Few charter companies around the world are willing to spend the extra money to offer you the very best tackle money can buy especially during COVID times. We are willing to take the risk because thankfully our regular anglers remain loyal and we believe they will appreciate the additional investments we are making. In the Galapagos we have fished the past with many brands.

After using Alutecnos 80#s and 130#s for our Isabela giant marlin fishery we have to say we were exceptionally impressed. The smoothness and reliability of the drag is equal to no other reel we have seen on the market. We do have to mention that Accurate makes a top reel as well but when we fished it next to Alutecnos we have to rank Alutecnos #1 and Accurate a very close #2. Most of our rods continue to be custom made in Florida.

Ecuagringo puts tackle to the test more than anyone in the Galapagos or even perhaps South America. The dependability of using the best hooks, line, rods and reels will give clients the assurance that they are fishing with the most complete and best sourced outfitter in Ecuador and the Galapagos. You don’t have to worry about much more than bringing yourself to the Galapagos.

The post Looking To Fish The Galapagos Islands? appeared first on Ecuagringo.