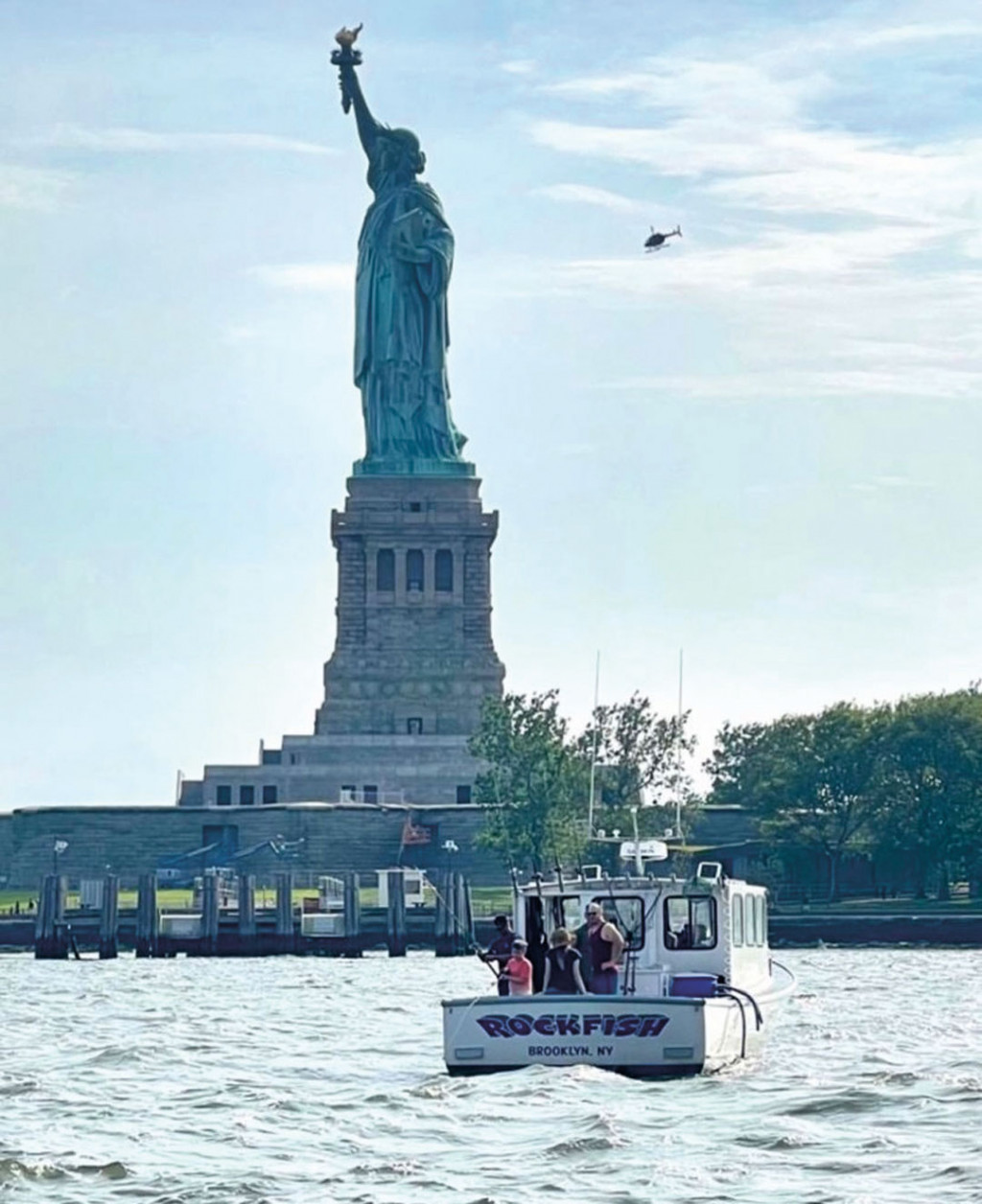 Close to Metro New York and along the South Shore, November is often a banner month, especially for blackfish, bluefish, and striped bass.

Peanut bunker have been prevalent and anglers look forward to finding stripers in the Rockaways, and in Jamaica and Raritan bays. Bay anchovies will be driving most of the bass fishing, however. If we are lucky, herring may also be part of the menu, and high-diving gannets are the clue to their presence.

Blackfish season will be in full swing. The artificial reefs of Sandy Hook and Rockaway are the obvious first choices, but if you know of other rocky bottom spots, this is the time. My first choice of bait is always hermit crabs, but green crabs also work, and jigs topped with Asian crabs will produce large fish as well. The key to catching tautog from a boat is to anchor precisely over a piece of structure, though two anchors are often needed. Drifting is out of the question because tog stay tight to structure and don’t venture too far away from it. Black sea bass will also be hanging on deeper structure and are also great targets for filling the cooler. Sea bass fishing should continue to improve as the water temperatures drop. Diamond jigs or high-low clam rigs work, though when using a high-low rig, try this technique: when a fish takes one of the two baits, instead of reeling it up, immediately continue to bounce the rig off the bottom. Most of the time, the smaller fish hit first. Intrigued by the commotion and remaining bait, a larger fish will often inhale your second bait. There is no mistaking this when it happens, and when it does, get them both up to the boat while keeping the line tight and reeling steadily. Porgies will be mixed in with other bottom feeders, but usually only when targeting sea bass.

Stripers and bluefish will be actively feeding in the surf around New York City throughout the month. Fishing at night should improve your chances of a big bass tremendously—with less light, the silhouette of a plug is more appealing, though bunker chunks or live eels work too. For albies, the best time is sunrise.

The Breezy Point jetty is notorious for producing large fish this month, but take caution when fishing there and make sure you’re aware of what the tide is doing. At high tide, the end of the jetty is cut off from land, and if you’re not careful, you can end up in a very sketchy situation.

November is a great month for bluefish … look for birds to point the way to the action. Great Kills in Staten Island is one of the best locations to fish from the surf and is known for some larger blues. 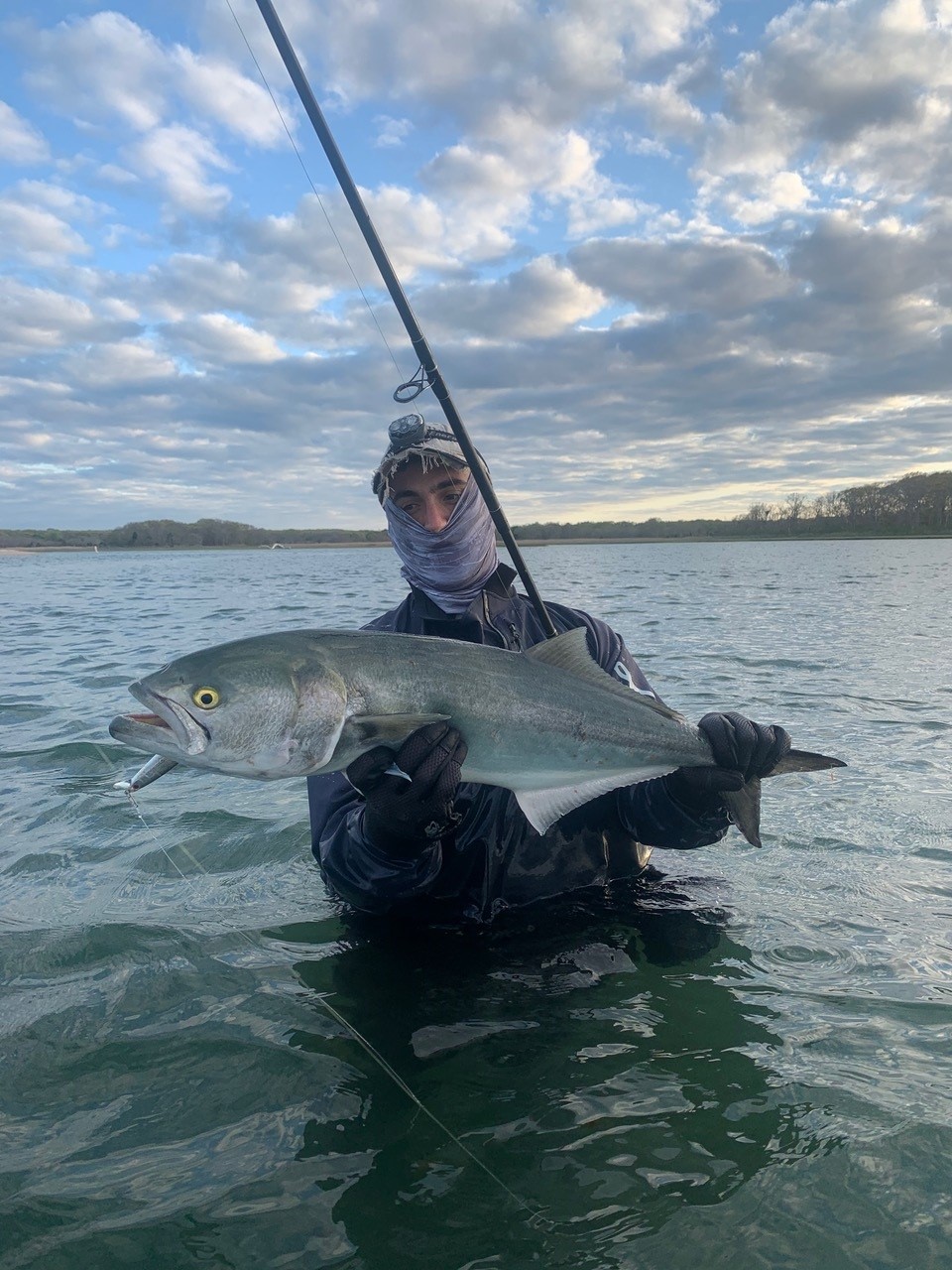 Along the South Shore, surfcasters are usually the ones to stick it out until the bitter end of the season. While a lot of boat guys tend to put their crafts away, they miss out on some of the hottest fall-run bass bonanzas. The first two weeks of November should carry some of the “typical” fall-run-style fishing with daytime blitzes on various baits.

Expect a lot of peanut bunker to be in the mix, as well as night bites with larger fish on adult bunker. The beaches all along the South Shore are great places to focus your efforts, however, bucktailing in the inlets often produces equally well. In general, toward the very end of the month, the best fishing will trend westward.

Look for sand-eel-fueled fishing along sandy beaches. The nice thing about this for many people is…well, it’s easy. Basically, if you can present a diamond jig or a bucktail, you’ll catch fish. While this does draw crowds during daylight hours, some of the best action is after dark. This is when larger stripers move in to feed not only on sand eels, but on the shad that also have appetites for sand eels. Give the schoolies a break and throw on a darter to get the attention of some large late-season fish so you can go out with a bang.

• Learn About The Sand Eel Schedule

For late-fall Inshore stripers, the oceanic jig bite is where it’s at. When sand eels are deep in the ocean in the fall, some of the greatest striper fishing of the season for boaters can be found along the South Shore, with large waves of migrating stripers coming across them as they move down the beach. This usually means a mix of stripers of all sizes – from schoolies to slot-sized fish to 30-plus-pound cows. Be on the lookout for birds milling around up high and picking occasionally, which will clue you in to areas to check for obvious signs in the form of heavy marks on the fishfinder. Typically, this type of fishing is done with diamond jigs. However, there will be opportunities for topwater action when fish come up to occasionally boil on the surface. I certainly wouldn’t leave the dock without a rod for casting flies or plugs.

Stripers aren’t the only “jig bite” to be had in November, with blackfish season upon us. Jigging for blackfish with lighter tackle and specialized jigs gets more popular with every passing season. Montauk is a great (and often overlooked) place to do this. With the immense amount of rocky structure in the waters surrounding the point, it’s a perfect setting.

As November rolls on, the fish will begin to slide out to some of the deeper wrecks and manmade reefs that dot the South Shore, rather than hanging by the rock piles and jetties. Grab some green crabs, and head out there to get yourself some tasty ‘tog treats for dinner. 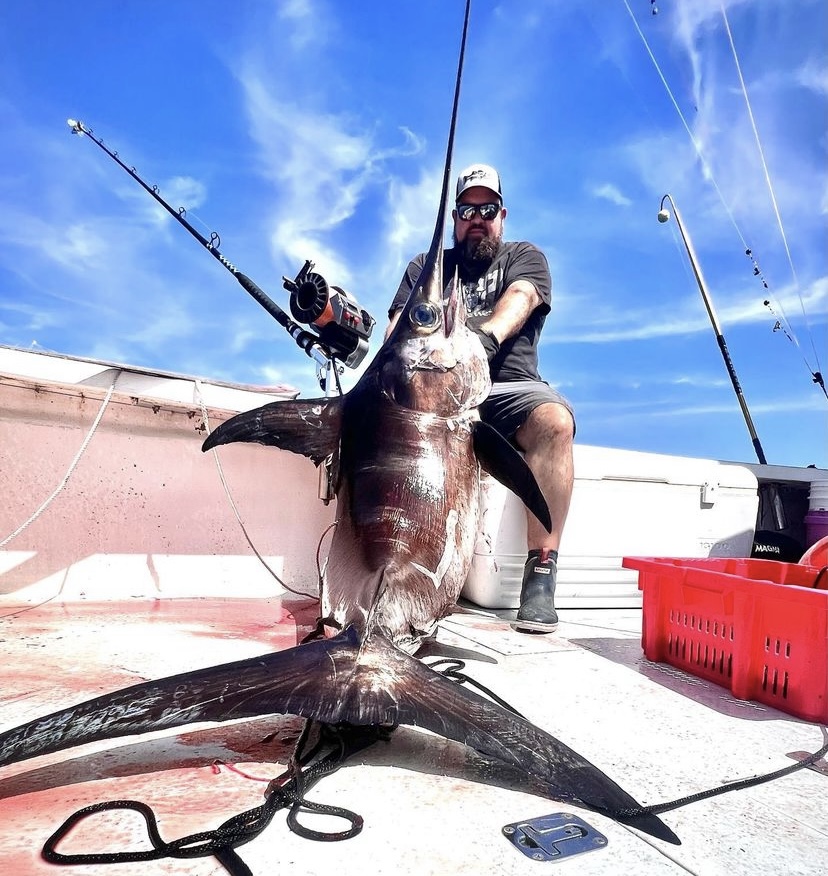 Offshore brought a good tuna season this year, but that doesn’t mean it’s time to call it quits. The “inshore” bluefin fishing typically continues throughout the course of the month. Most years, late-season tuna fishing usually means chunking in the canyons. While you may be tempted to cut up butterfish and sardines for tunas all day, don’t forget about swords. Many people have been successful with daytime deep-dropping for swords in the northeast canyons, and this part of the season can be one of the best times to do it. While you do have to commit to it and dedicate yourself to doing only that, it is absolutely worth the effort, and it is very rewarding to figure out.

While we typically associate the canyons with tropical tunas, toward the very end of the month, there’s also a chance of giant bluefins arriving in Hudson Canyon. These fish seem to move through the area on their southward migration, and all it takes is a good weather window for a few guys to go out and give it a shot before they take the boat south for the winter. A large, live bait like a bluefish fished on very heavy tackle is often the best way to find out if any “ghosts” are haunting the area.

Tuna Tackle. Bluefin tuna cruise close to shore this month as they move south toward the Carolinas, and on any trip to the tog or sea bass grounds, it’s possible to come across a school busting up bait on the surface. Pack a beefy spinning rod and some stickbaits for the best shot at tangling with one of these butterball bluefin.

The post Looking Ahead: November Fishing In Long Island appeared first on On The Water.