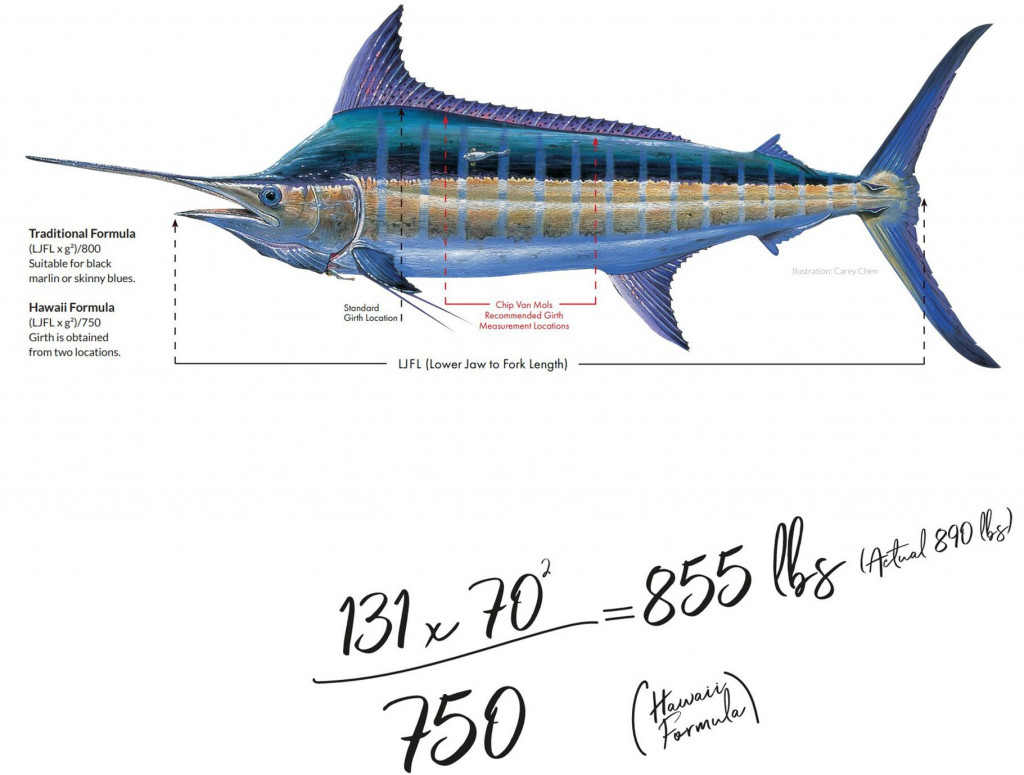 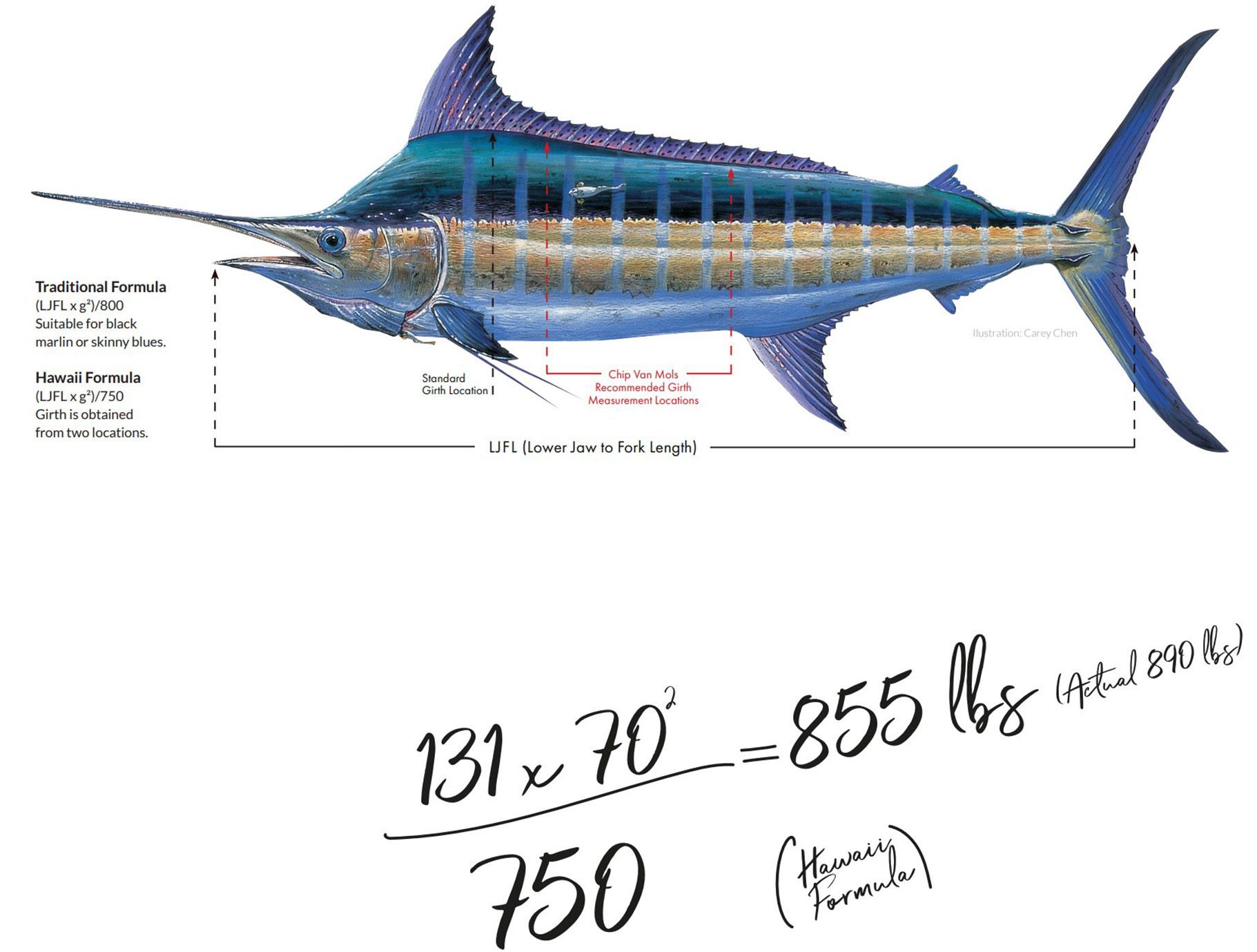 Anytime I hear someone ask, “How big was the fish?” I’m often reminded of my father and his classic dad joke. Taking his hands from about 12 inches apart and slowly moving them to almost full arms width apart, he would gaze at you with a serious face and say, “It was about that far from the boat and weighed six pounds.”

It always gets a good laugh at the dock, but when you’re headed to the scales with a big fish on deck it’s valuable to be able to ascertain an accurate and honest weight estimate. Experienced big game fishermen certainly know a thing or two about how to approximate the size of fish, especially one lying in the cockpit getting a boat ride to a large crowd waiting around the tournament scale.

Common practice among many marlin fishermen is measuring the fish’s length and girth and then inputting the data into a predetermined formula to calculate the approximate weight. Depending on the distance traveled, a long boat ride back to the scale can give crews plenty of time to measure and guess the weight and on occasion some internal wagering has been known to take place, but that’s all part of the fun. The formula used is generally within a 10 percent margin of the fish’s weight and a pretty simple calculation.

Start with the lower jaw to fork length (LJFL) measurement and multiply this by the fish’s girth circumference (g) squared. Then divide by 800. For the purpose of this article, we gain a little more insight into a few small tweaks which may help you measure a blue marlin a little more accurately. After all, the closer you can get to the actual number the more confident you can be when celebrating with your team.

Veteran Kona Capt. Chip Van Mols, who has been measuring boatloads of marlin for the past 30 years, makes adjustments to the (LJFL x g²)/800 formula. Van Mols takes two measurements to obtain the girth versus the traditional single girth measurement near the pectoral fin in which you measure one side of the fish and double the number to get full girth circumference.

This is the measurement that provides a much better indication of how well the marlin carries its weight throughout its body for a better formula result. Once you obtain both half girth measurements, simply add the two together to determine the girth circumference.

Van Mols goes on to say the 800 denominator in the formula is also adjusted lower in his formula for Hawaiian blue marlin. “I divide by 750, similar to most of the boats in Kona. The reasoning is that Hawaiian blue marlin are generally fit fish, meaning they are well proportioned throughout their entire body and using 750 provides a more accurate weight estimation. I find the 800 denominator is best used for black marlin and also in places like Ghana, Africa where the marlin are generally longer and skinnier. Consequently, the 800 denominator yields an undersized weight more times than not.”

For example, a Kona boat called Last Chance recently weighed in an 890-pound blue marlin. The short length was 131 inches, and the girth was 70 inches. Using 750 and a combined measurement for the girth pegged their fish at 855 pounds. If you were to use 800 to divide into the formula, the marlin would have weighed 802.4 pounds.

In general, measuring marlin to get the estimated weight is subjective and only when a trophy is hanging from a calibrated scale do you really know the true weight. In a tournament situation most fisherman can’t help but guess and use the fish weight formula before the moment of truth. In the end, it’s possible by adjusting your girth measurements and using 750 as your denominator that you can achieve a better estimate of marlin weight.

Let us know if it works!