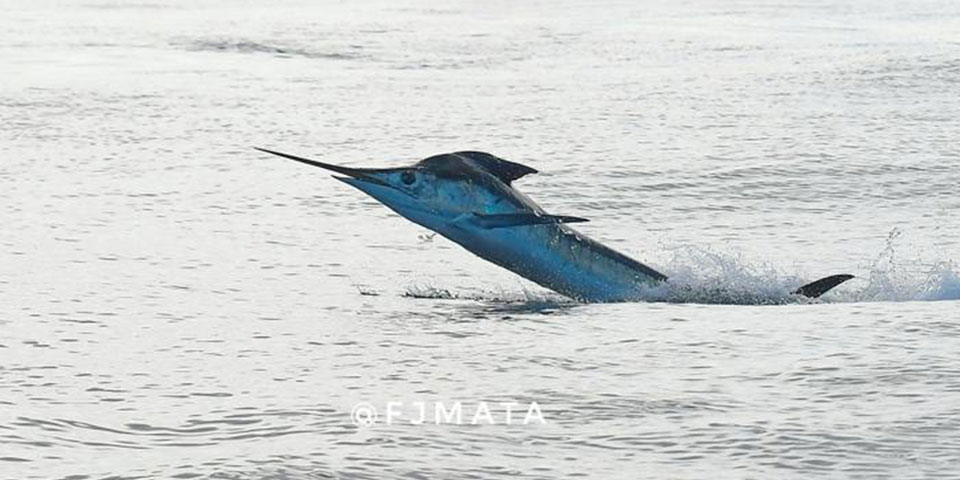 The year-round striped marlin fishery continues even in the offseason onboard the Patricia Captain by Yury Gutierrez.  Three days of fishing in 5 foot chops with windy conditions made it challenging at times but well worth it.  Water temperatures have remained about 75F on 0-30 bank with lots of sardines.

August 21, 2021– Patricia fished the waters of 0-30 bank in rough and windy conditions.  Local anglers from mainland Ecuador were well rewarded raising 29 striped marlin and 1 black marlin. They had 17 bites and released 9 striped marlin and pulled the hooked after 30 minutes on an estimated 600# black marlin on 30# tackle.  The crew was pulling mostly medium lures.

August 22, 2021– Captain Gutierrez again took the Patricia to fish 0-30 Bank and was greeted by a good number of tailing marlin.  Seas were choppy but not as rough as the previous day.  Throughout the day the crew estimated seeing over 70 tailing marlin.  They managed to raise 45 striped marlin into the spread.  However, fish were finicky due to the amount of sardines.  They had 20 bites and released 10 striped marlin.

August 23, 2021– Last day of fishing for local anglers from Ecuador.  Sea conditions were choppy and windy.  No tailing marlin seen on this day but they raised 18 striped marlin had 8 bites and released 5.

If you are looking to fish the best striped marlin bite happening now then it’s time to get in touch with the first and longest running fishing outfitter for the Galapagos Islands.  Our 2022 season is booking up both for striped marlin out of San Cristobal Island and for giant blue marlin out of Isabela Island.  Don’t be left out.