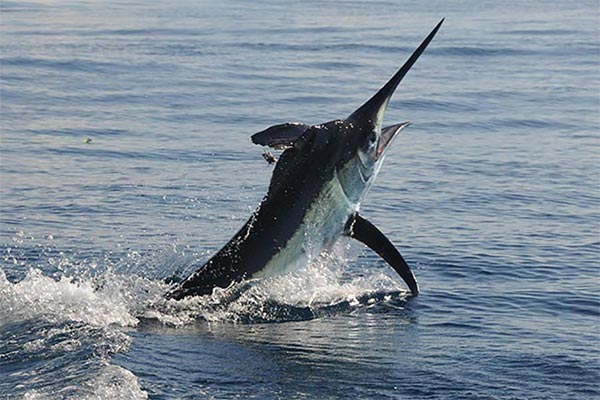 The Galapagos Islands are a feeding grounds that attract most of the Pacific Ocean’s temperate and warm water pelagics. Black marlin are no exception. While black marlin are not found in large numbers or are as common as striped and blue marlin they are present here.

Over 20 years fishing, anglers have encountered black marlin from 150 to over 1000 pounds in Galapagos waters. One of the reasons not many are caught each year is perhaps because they are not targeted very much. While black marlin can be caught near reefs, banks and relatively shallow waters in Australia and Panama they seem to be found in much different areas around the Galapagos.

Strange as it may seem, most large black marlin Ecuagringo has helped catch and release have been in deeper waters. Some have been released on the banks while fishing for striped marlin because that is where our boats spend 90% of their time fishing. However, we have found more black marlin offshore, on deep drop-offs, and generally where you would usually want to fish for blue marlin.

Where To Target Black Marlin In The Galapagos: 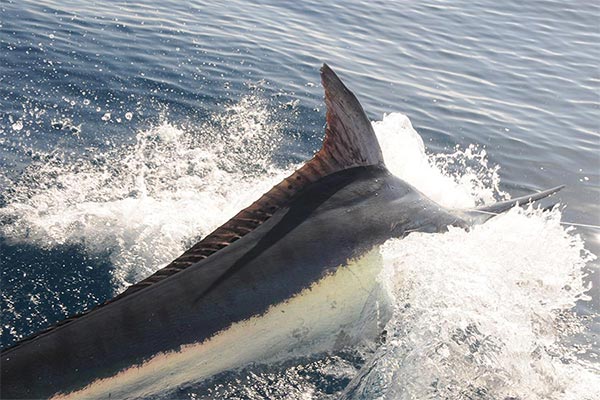 “We never seemed to have luck fishing around the large schools of bonitos or tuna for black marlin. They tend to show up incredibly in areas where we were not marking any bait and usually quite deep. Over 20 years of data shows some consistency of raising black marlin in the same GPS coordinate areas with apparently no major structure around and all over 2000 feet deep.”

3 to 5 miles South of 0-30 Bank near San Cristobal Island has been the most productive area with most blacks released there averaging 400 to 800 pounds. Water is over 2,000 feet when you get off 0-30 Bank and most blacks are caught on a spot called the Bull’s Eye. Another favorite area to target black marlin is 2 to 8 miles away from Punta Pitt in the Northern part of San Cristobal Island. Generally a blue marlin hotspot with water dropping to over 3000 feet it has produced numerous black marlin. 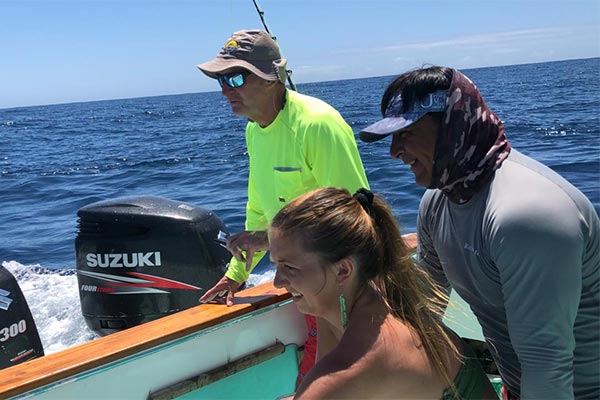 Isabela Island is becoming a grander blue marlin hotspot has also produced quite a few black marlin in the past. Most have been caught either right on the 600 to 6,000 wall drop or miles offshore in 9,000 feet of water. Another area highly recommended by artisanal fishermen is “Canal Bolivar” on the West side of Isabela Island.

Local fisherman Oscar Intriago says that Canal Bolivar holds black marlin and swordfish in the highest numbers he has seen anywhere in the Galapagos. The only problem is getting to Canal Bolivar 90 miles away from Puerto Villamil on Isabela Island.

Black marlin (Istiompax indica) can grow in excess of 15 feet and way over 1,500 pounds. They are an incredible acrobatic jumper, resilient fighter and considered by many arguably the most powerful of marlins. Their fused pectoral fins do not move once the fish reaches maturity. The bill is shorter and fatter than other marlin and the dorsal fin tends to be short and rounded. 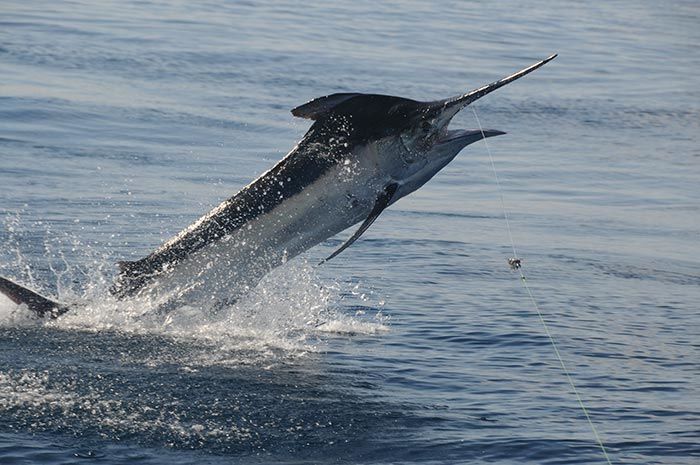 These are apex predators feeding on squid, bonito, tuna and sardines. Large specimens have been found with tunas over 150 pounds inside their stomachs. Males will grow 300 to 400 pounds while the females will reach over 1000 pounds. Black marlin are usually loaners and are the least common of the Pacific marlin species. Commercial yearly catches are far less than striped or blue marlin.

They are mainly found in the Pacific and Indian Oceans but some video and photographs have surfaced of fish possibly in the Atlantic Ocean. Commercial long-liners from Brazil have reported catching black marlin in the Atlantic Ocean. There are no fences out there so with the right conditions and water temperatures it is not far fetched to think a few fish can swim around the Cape of Good Hope in South Africa to make it to the Atlantic.

During 1939 a New York businessman named Ted Seeley is credited with introducing the world to large black marlin caught off the coast of Peru. His findings sparked the interest of IGFA founder Michael Lerner and the Texan oil entrepreneur Alfred Glassell. Cabo Blanco, Peru became the giant black marlin Mecca of the 1950’s with the all tackle world record of 1,560 pounds caught August 4, 1953 by Alfred Glassell. 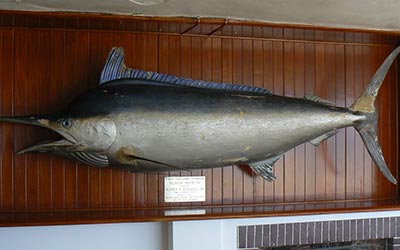 The Humboldt and Equatorial currents brought lots of nutrients and baitfish to the area. Peru is famous for all tackle IGFA record such as bigeye tuna and black marlin. Large swordfish were also caught with trolled bait in the daytime.

Ecuagringo spent a considerable amount of time trying to generate interest in fishing the area of Cabo Blanco and Mancora again from 2016 to 2018. Unfortunately, anglers have forgotten about Peru and its potential and the interest just never grew to make it worth investing in a lodge and boats for now.