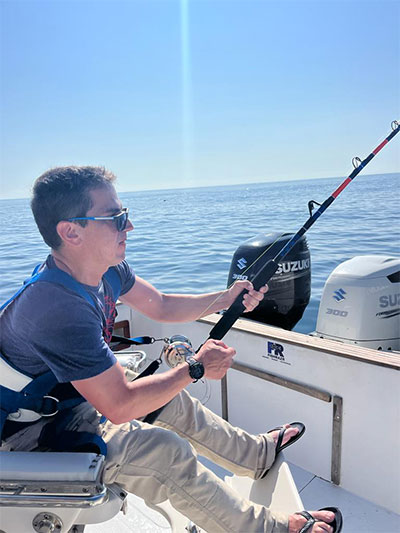 Count on Ecuagringo fishing reports to always give you the good, the bad and the ugly of the happenings in our Galapagos Islands fishery.  January has started a bit awkward with fish around but the striped marlin have been very finicky feeders.  Waters have been warming up to 75 F so we expect more blue marlin action to happen later in the month.

Captains have been reporting seeing tailers, feeding fish and bait a bit deep averaging 200 feet which could be influencing fish aggression.  We have found over the years that the fishing tends to be more active when bait is upwards of 150 feet.

Jan 6, 2023– Captain Jonathan Valiente of the Mantarraya fishing with a group led by  Gustavo Vallarino reported releasing 1 blue marlin, 1 striped marlin, 3 mahi, 2 yellowfin tunas and 4 bonitos.  It’s bit clear how many striped marlin were raised or bites they had.

Jan 7, 2023– Captain Yuri Gutierrez reported onboard the Patricia  with Lance Messinger. Ryan Williams and Jaime Ottero raised 14 striped marlin had 6 bites, los 4 fish jumping and 1 next to the boat and managed to release 1.  They also caught mahi and bonitos.

Jan 8, 2023– Patricia headed out with guests Messinger, Williams and Ottero once again.  The fish were finicky and hard to hook.  They raised 14 striped marlin and had 5 bites with all fish spitting the hook 3 to 10 minutes into the fight!  Unbelievable with hooks that are sharpened every morning! 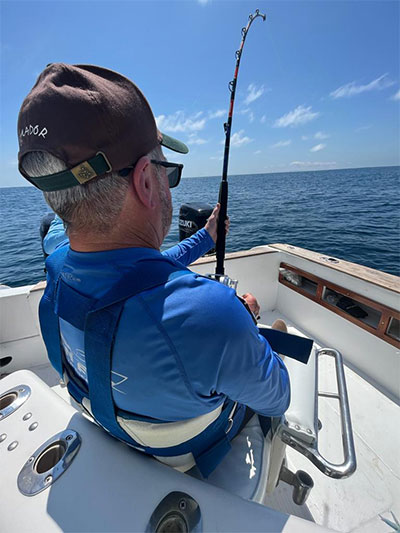 Folks our 2023 prime season for Santa Cruz, San Cristobal and Isabela islands is almost sold out.Contact us today to book your trip of a lifetime ➤➤
Or contact us at info@ecuagringo.com or call us (754) 703-1991
Also You Can Check our Galapagos Islands Promotions in this link

The post Finicky Striped Marlin To Begin The 2023 Season appeared first on Ecuagringo.