On May 31, 12-year-old Elizabeth Arn reeled in a 624-pound blue marlin off the coast of São Vicente, Cape Verde. Her catch will mark the new pending world record for the Female IGFA Junior Angler category.

Her angling was “outstanding,” says her father, Jonathan Arn. Upon getting a bite from the marlin, Elizabeth pushed the drag up to 25 pounds to ensure it was hooked solid. Then, she backed off the drag and moved the rod and reel into the fighting chair.

The crew—which included Captains Randy Baker and Scott Murie and Mates Stephen Hall and Chase Travers—could not even touch the rod without disqualifying her catch. So they left her to do the fighting all by herself.

Yet Capt. Baker’s skillful driving, First Mate Hall’s effective wiring, and the excellent gaffing of Capt. Murie and Second Mate Travers ensured that the catch did not take long. After approximately 30 minutes, during which time Elizabeth switched between 15 and 25 pounds of drag, she caught the marlin. 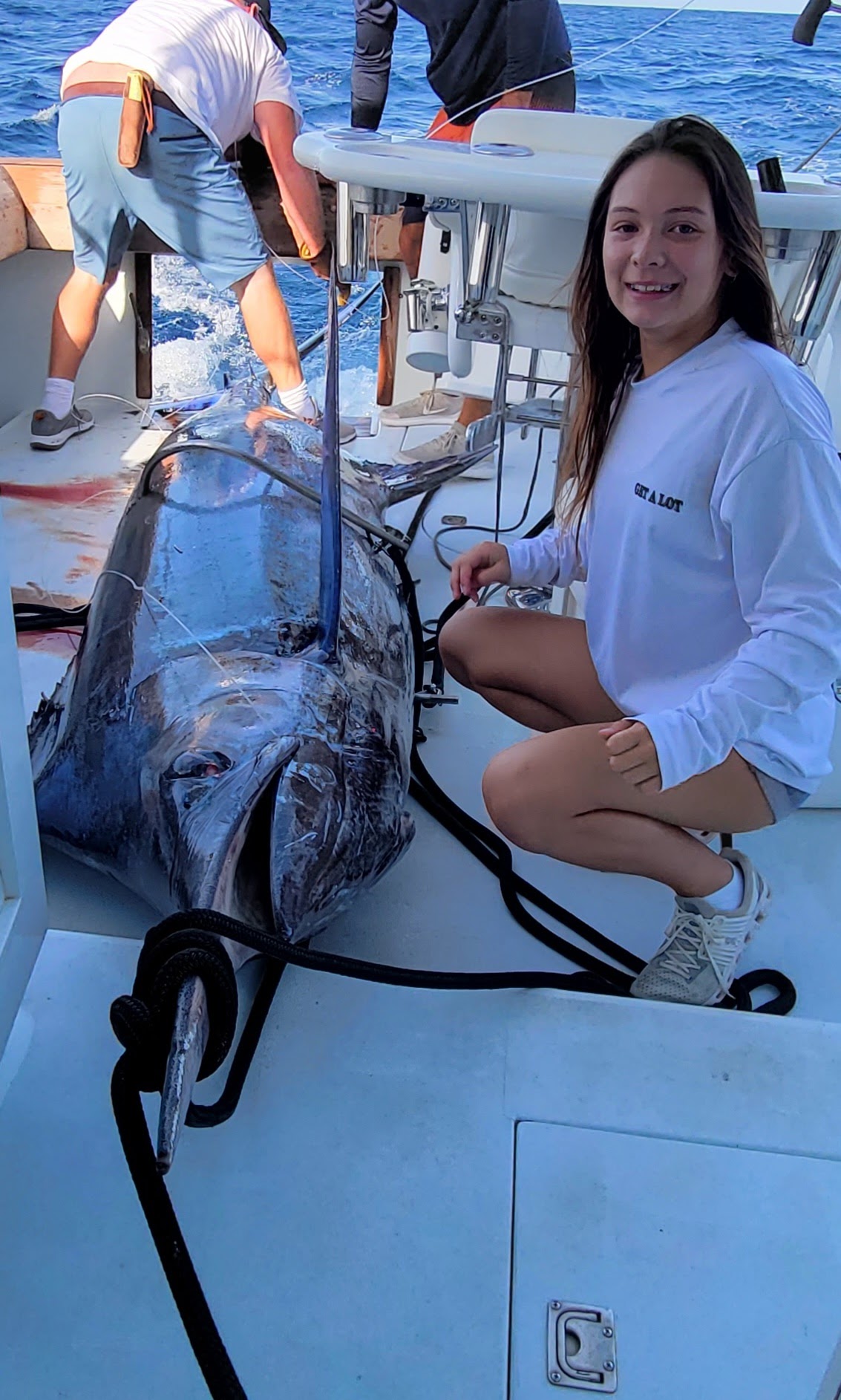 It was a long journey for their boat, the Dacia, a 43-foot G&S built in Destin, Florida. Capt. Baker and Capt. Murie both hailed from that town, while First Mate Hall came from North Carolina and Second Mate Travers came from Virginia.

From its outset, the goal of their trip was to catch a world-record fish. For that, “We fished five days total,” says Jonathan. “Two days we didn’t raise a fish, [and] the other three days we raised 13 blue marlin… catching a total of four, including the pending record fish.” Six of the 13 marlin raised were over 500 pounds, some approaching 700.

Elizabeth lives in Panama City Beach, Florida, where she attends Holy Nativity Episcopal School. This most recent marlin is the 26th that she has caught so far. May her future fishing career be a long and successful one.

Elizabeth in the fighting chair onboard the Dacia.

Did you miss our previous article…
https://www.hardcoregamefishing.com/offshore-and-nearshore-fishing-for-redfish/