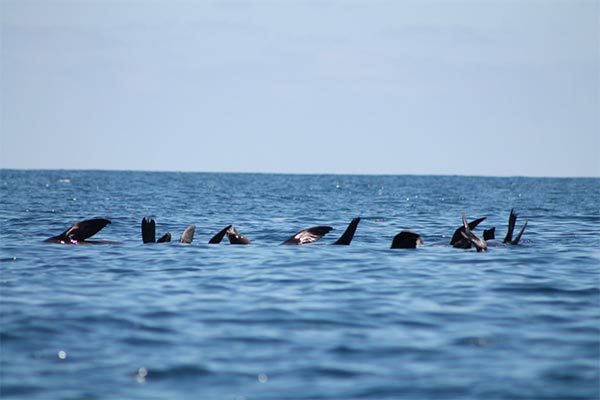 It can sound weird but a comprehensive knowledge on
tides and their effect on your fishing area can
actually pay big dividends. In fact, it is considered
to be one key to being successful in the realm of deep
sea fishing, by the experts. A lot of fishing guides
and charter-boat captains know this secret. They even
make close studies on currents, tides, and how they
would affect fishing on their areas.

However, sad to say, that a lot of informal deep sea
anglers actually pay very little attention to such
important details. In fact, some anglers don’t pay
attention at all! And then they would wonder how come
the other guy catches all the fish and they don’t.
Nevertheless, there are still those who realize that
somehow tides can affect their fishing. However, they
do not know exactly how and why this happens.

These anglers usually waste their precious hours
trolling, casting and sinker bouncing even when the
tide is not right. However, the deep sea angler who
knows his tides could pick in advanced the most
favourable fishing periods and concentrate on his
efforts during those times. This simply means you can
have less of those wasted days and get more fish on
your deep sea fishing trips.

You don’t have to delve into tide’s science here,
except to point out that tides are due to the
gravitational forces that are brought about the sun
and moon. Since the moon is nearer earth, it has
greater influence with tides than the sun.

Every time the tide is up, water would move towards
land, which is also known as “flood tide”. On
occasions that tides drop, moving its way back to sea,
is called “ebb tide”. The period in which it doesn’t
move either way is termed as the “slack tide”. It
usually takes a period of 6 hours for it to rise, and
6 to get low. For every 24 hours these tides occur 50
minutes later than the last, approximately.

They also vary in regards to the degrees that they
drop or rise. The highest tides occur when the sun and
moon are situated on Earth’s same side, creating a
direct line. Such kind of tide is called “spring
tide”, which occur during new-moon and full-moon
periods.

During these times, both low and high tides are higher
than their usual state. However, during the last and
first quarter phases of the moon, tides don’t fall or
rise or fall that much. This is called as “neap
tides”.

So which of theses tides are helpful and which are
not? To start off, most experts believe that moving
tides or currents are most of the time more productive
than having no currents or tides. Thus, a “slack” tide
would rarely produce good catch.

Using The Tides At The Right Time

You can take advantage of tides even more by knowing
when to go. The period in which an incoming tide
starts is considered to be one of the productive
periods for fishing, especially if you are targeting
for gamesters like bluefish, striped bass, channel
bass, and weakfish.

During the periods of slack water, the small bait
fishes tend to scatter, and having a lack of strong
currents they are able to swim faster and escape their
predators.

However, when tides start moving, such small bait
fishes are at the strong rips and current’s mercy.
Thus, they are easier to catch and find by stripers
and other kinds of game fish. When an outgoing tide
starts is yet another good time do fish, simply for
the same logic. In general, the popular change of
tide, whether it be low or high, is actually the best
time to do your fishing.