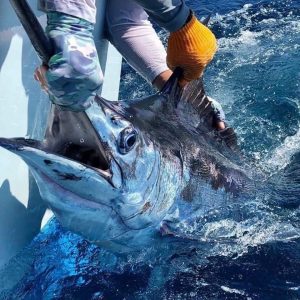 Costa Rica’s Ministry of Tourism announced that August 1 is now the target date to re-open tourism. So get ready to book now!

Expect a flood of tourists, anglers definitely among them, once planes begin to arrive. Many of you will be looking for a well-deserved stress-releasing vacation once things approach normality. Therefore, consider fishing in Costa Rica! Costa Rica offers world-class sportfishing to all. Coveted sailfish and marlin rank high on the list of attractive Pacific coast gamefish. Also offshore you can go after tasty yellowfin tuna and dorado (mahi-mahi). For those who prefer non-stop action, inshore fishing on light tackle is an attractive option. You can target delicious snapper and grouper for ‘meat’. Furthermore, there are feisty roosterfish and jack to give you an exhilarating fight.

The Caribbean coast is noted as one of the world’s top tarpon destinations. As well, this coast teems with species such as snook, guapote (rainbow bass) and other freshwater gamefish.

FishCostaRica has been in the entertainment business of catching fish for 30 years. Over that time we have hooked up enthusiastic experienced and first-time anglers with top Costa Rica sportfishing charter captains and crews. And we are still doing it. Contact us now, a fabulous Costa Rica fishing trip is simply a phone call and/or email away. Call 1-800-407-9438 from the US; 1-858-736-9031 from the US and Canada; +506 7125-8852 on WhatsApp or from everywhere else. We’ll also point you to Costa Rica’s top fishing destinations for the species you want at the time you want to come.

The fish are biting! We’ve heard reports of super catches just about everywhere.  Boat captains who have chartered trips for Costa Ricans and residents who are in the country now report non-stop action. August through November, for example, are super months for marlin and sailfish off Costa Rica’s North Pacific coast. We can charter highly recommended boats out of destinations such as Tamarindo and Flamingo. 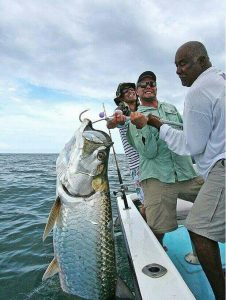 Anglers can also headfor Central Pacific destinations such as Los Sueños Marina and Pez Vela Marina. Their sportfishing fleets have a reputation second to none. Furthermore Costa Rica’s Central Pacific coast has earned a deserved reputation as the world’s number one billfishery! Elsewhere, many believe that the South Pacific offers the best offshore/inshore fishing combo. Golfito and Puerto Jiménez are where you want to fish!

Finally, December marks the start of Costa Rica’s peak billfish season off the Central Pacific coast. To get the days and boats you want, start planning and contact us now. We’re in the entertainment business of catching fish. So come to Costa Rica. Book with us. Be entertained. Catch fish!