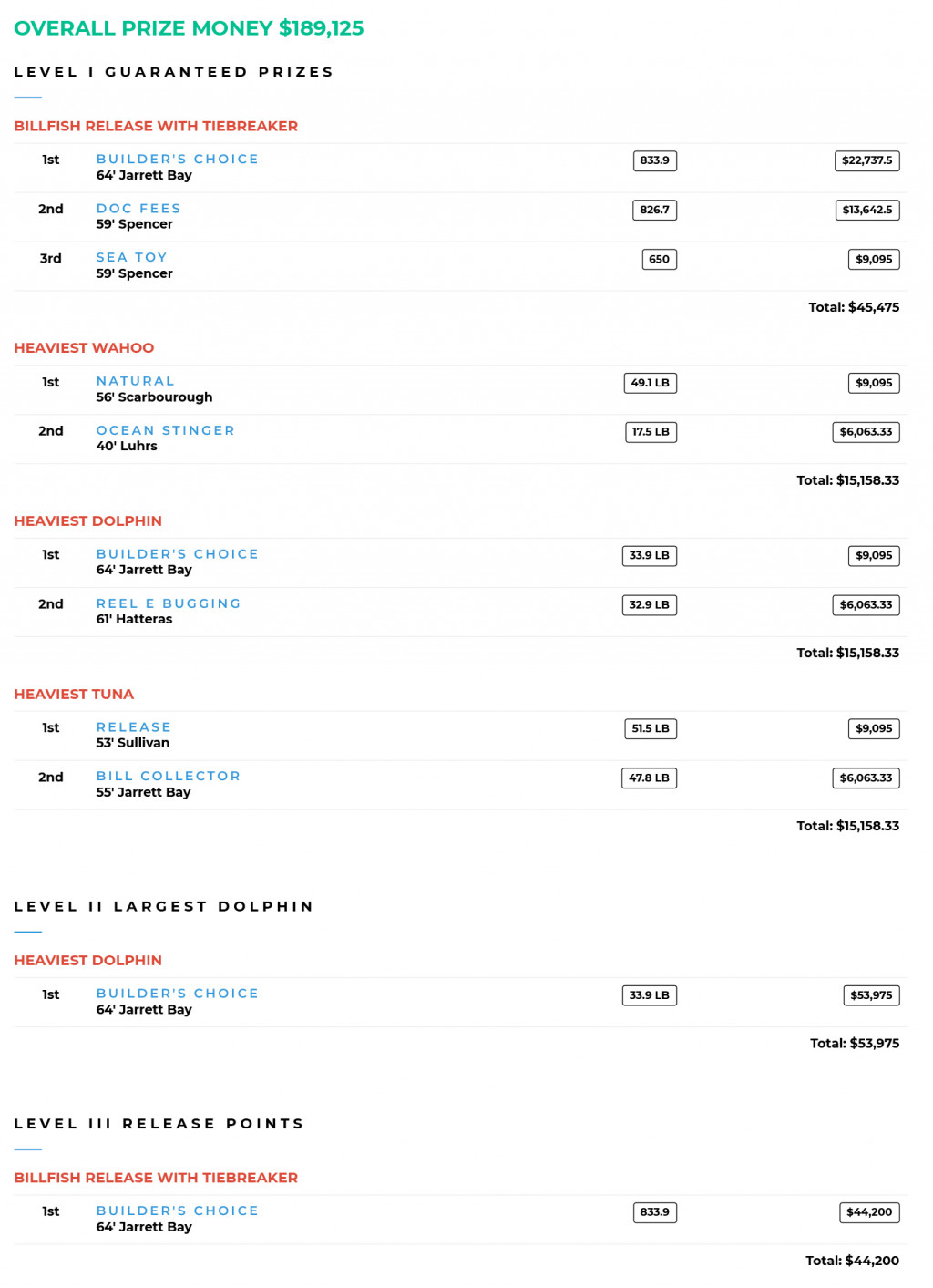 BUILDER’S CHOICE came in and swept the competition with a GRAND SLAM to win 24th Annual KWLA Tournament! The Jarrett Bay Hull 59 weighed in a 33.9-lb Dolphin, putting them in the lead after the team released TWO blue marlin for 800 points. That puts them in 1st Place in Level I, Level II WTA Dolphin Winner AND Level III WTA Release.

Congratulations to ALL our winners & THANK YOU to our Major Sponsor, BB&T / Now Truist + all tournament sponsors! Below is the complete leaderboard & payouts.