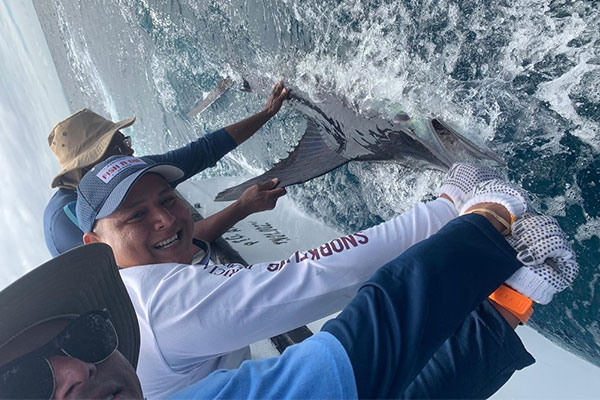 The Galapagos Islands are wild and unique place.  Ecuagringo is the only outfitter that started and opened up the fishery over 22 years ago.  We have the biggest and best boats, crews, custom tackle and a reputation that has made us the leader in marlin fishing in South America.  Simply put: you want to fish arguably the best marlin waters in the Pacific then you come to the Galapagos and you fish with Ecuagringo.  We customize all types of fishing, family and adventure packages in one of the safest and virtually crime free destinations in the world.

So Many Fishing Choices & 3 Islands To Fish From:

Don’t be left out of the world’s hottest striped marlin, giant blue marlin, tuna, wahoo and bottom fishing all in one place.  The potential to raise over a 100 striped marlin in a day is there! Grander blue marlin are being raised in proportionally very encouraging and incredible numbers. If you want endless structure to bottom fish, pop for surface feeding tunas or troll for wahoo it is all possible here. The Galapagos Islands are open to fish and tour and we will make it happen for you.

Plan several days fishing, bring the family to snorkel with sea lions, rays, sharks and penguins.  Chose from various wild adventures such as kayaking, diving, hiking, exploring, island hoping and of course incredible fishing.  We customize any type of package you want.  This is a vacation like none other for folks who want to feel alive!

Contact our staff today to help you put together the dream trip of a lifetime.  The Galapagos Islands are open for you to fish and discover today.  Only a 4 hour flight to Ecuador from Fort Lauderdale or Miami.  The islands are closer than you think.

San Cristobal Island has more bank, sea mounts and areas to target the large numbers of striped marlin than anywhere in the Galapagos. If you want to maximize your billfish numbers and shots then this should be the place to fish. North of the island there is a pretty good blue marlin bite and some big black marlin have been caught here as well.  Most guest fish 3 to 5 days and you should too!  Combine your stay with Kicker Rock snorkeling and you are getting some of the very best the island has to offer. 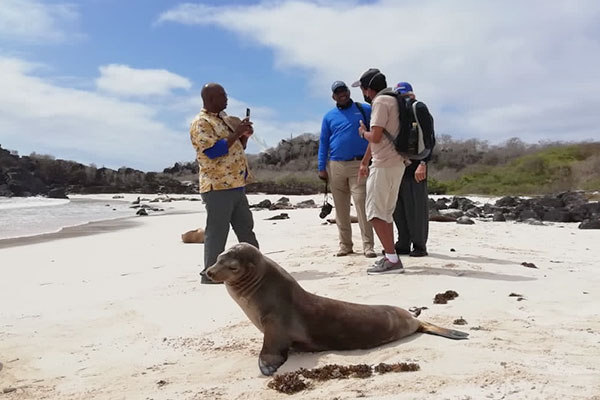 1993 Ecuagringo guided the first goat hunts to help cull the feral goat population.  We had heard the incredible stories of lots of billfish but after hunting several of the islands it was time to look into the fishing.  By 1998 our first boat was introduced and anglers began to be treated to some of the best marlin fishing the Pacific had to offer.  0-30 Bank and the waters near Santa Fe Island were loaded with sardines and striped marlin.  There is very good tuna, wahoo and bottom fishing to compliment the striped marlin bite.  You have the giant tortoises and various choices of snorkel tours to add on to your fishing trip.

In 2019 Isabela Island exploded into the grander marlin seen fishing one boat less than ten days and encountering 5 fish estimated at or over 1000 pounds.  Including a giant thought to be close to the 1500# range fought for 45 minutes by Steven Hurt before his 80# line broke on a rod he brought.  Today we mostly fish 130# tackle because they don’t make 200# tackle for these fish.

If you want a realistic shot at encountering the biggest blue marlin that swim the Pacific Ocean then this is where you need to be.  Most days you are the solitary boat on the water fishing in the company of birds, dolphins, whales, sharks and so much marine life as part of the show.  Fish average 500 to over 1000 pounds here.  Some of the best snorkeling with penguins tours happen right here on Isabela Island.  You can also explore the Sierra Negra volcano crater.

The post 2022 Dates to Fish The Galapagos Are Selling Out! appeared first on Ecuagringo. 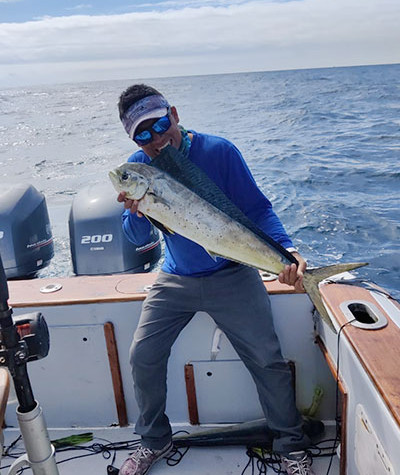 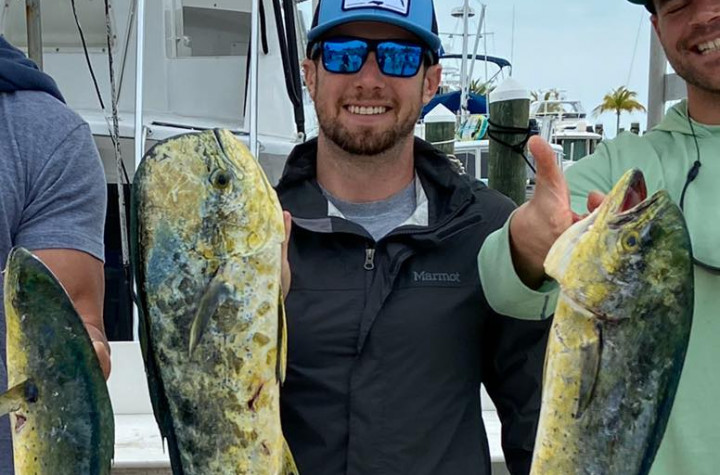 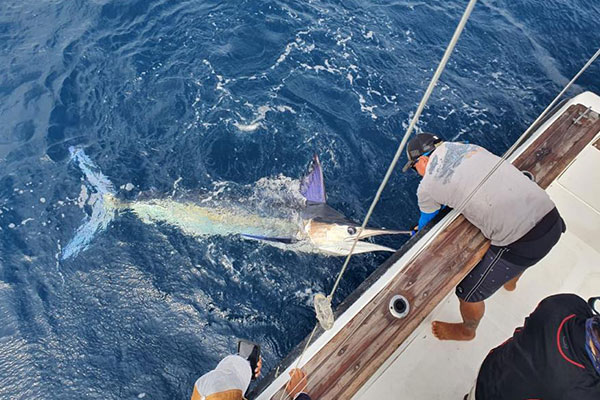