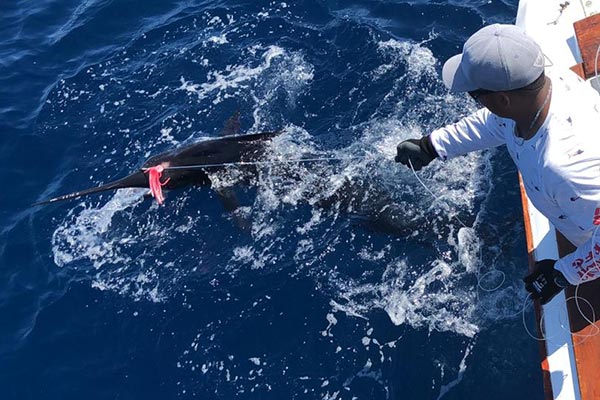 Still not convinced the Galapagos Islands are one of the best and most consistent marlin bites in the world?
For 20 years the islands have been home to some of the most consistent large striped marlin fishing the world has seen. Not just relegated to a couple of months a year but rather terrific fishing year round.

Just as any other destination we have great days and slow days but if you are going to pay the price and roll the dice then go where you can increase your chances. January 7, 2020 our boats Mantaraya and On The Hook set out tow 0-30 and Espaola Banks in different directions. Marlin and marine life were very active. Here is the full report:

January 7, 2020– Captain Jonathan Valiente manning the 36 ft custom sport fisher Mantaraya took Brandon Powell and his family for their very last day of marlin fishing. They fished 0-30 Bank and raised 47 striped marlin had 17 bites and released 13 marlin. This family literarily got tired of pulling on striped marlin 120 to 200 plus pounds. 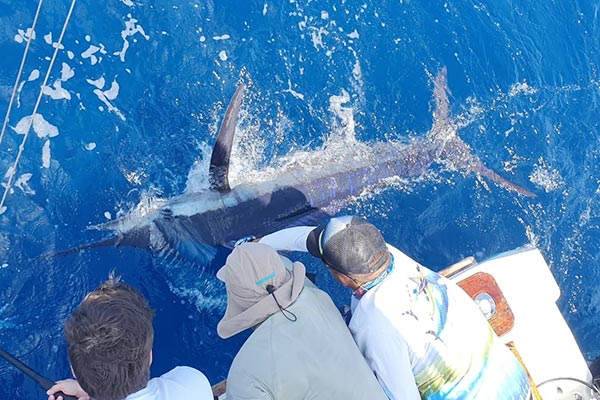 On The Hook another 36 ft custom sport fisher captained by legendary Captain Gus Hernandez fished Espaola Bank and raised 55 striped marlin had 23 bites and released 8 fish with inexperienced anglers from Ecuador. They released a notable fish estimated over 250#. 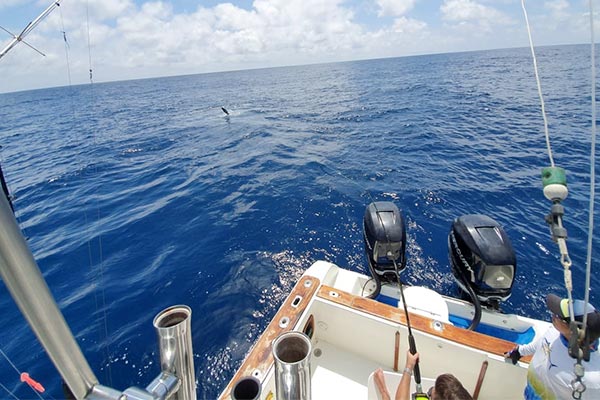 Both captains reported marlin have been finicky eaters due to the large amount of green back sardines on the banks. Folks this a must see display with fish putting on a hell of a show. If you want to go call us today for last minute January and February dates still available. This is the best marlin bite anywhere happening now!